One silly feature I miss on my Samsung Galaxy S4 is the camera button that was on my old Samsung Epic 4G. This side button allowed by to simply press the button to take pictures, instead of having to unlock my phone, launch my “camera” app, then finally take a picture.

Well, the people at Pressy had the same idea and decided to use Kickstarter to fund their button for Android phones. They have already gotten 15,000 plus backers, surpassing their goal of $40k by about $300k.

As you can see in the picture above, it’s simply a button that plugs into your headphone jack. When you are using your headset, you can put it on your optional keychain so you don’t lose it.

You can see below how the button goes nicely with the HTC One. The Pressy comes with an Android app that allows you to basically “program” it to do whatever you want. 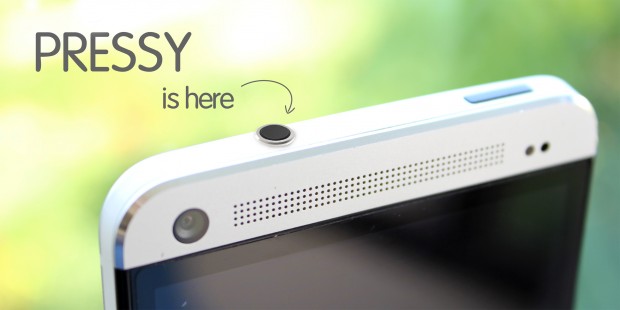 This app will let you launch apps or change settings depending on what you do with the button. The button can be pressed short or long, and up to 3 times. That gives you quite a few combinations to choose from. 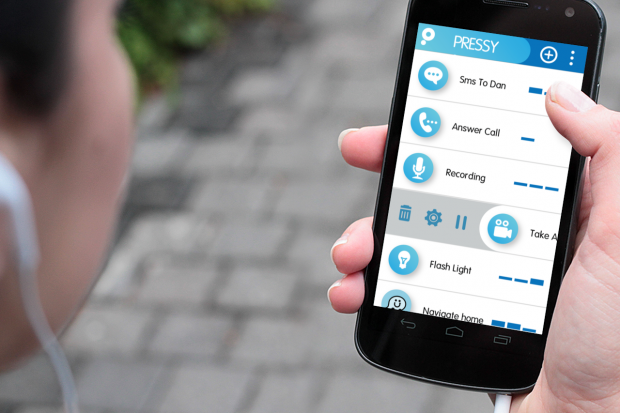 The one thing that might be a deal breaker is the very thing that makes it great. Since it allows you to get into the phone without unlocking it, if you have a password on your phone, it’s basically the same as not having the password.

It’s been so long since I had my Epic 4G, I can’t remember if after existing the camera, it went back to locked mode. Perhaps the Pressy app will do the same after taking a picture. I sent out a asking Pressy this question on their Twitter feed but got no response. Maybe they’re too busy collecting their money to answer questions right now.

It’s a simple idea and sometimes simple is the best kind of idea.