This offer is being slowly rolled out to some users, since it’s apparently still in the preview slash beta phase. 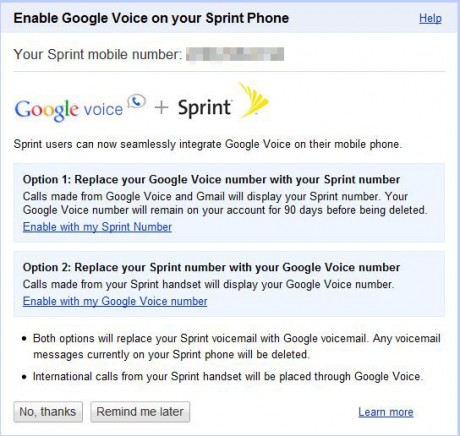 The only small catch is this is in beta and Sprint will not be taking any support calls regarding this switching of numbers. And as you probably know, getting Google on the phone is basically impossible. So the bottom line is, you will be on your own with this one.

Although I already have Google Voice, I’m not sure if I’m going to use this feature because I really don’t use my Google Voice very much. The only time I use it is when I want to “hide” my real Sprint number. If I use this new feature, I won’t have both numbers anymore.

So for now, I’m just going to wait and see.