So now that I have my new JVC HD camcorder, I wanted to improve the images by getting a lighting adapter. After looking around the “Interwebs,” I came accross this interesting Ring light from SR Electronics called the Digi-Slave L Ring 3200 (MSRP $269.95).  After ordering online, the unit was shipped very quickly.

This LED based close-up photography light/flash can be used as a continuous light source for videography. In my case, it’s for making home made pr0n and other indoor activities where the lighting conditions are not great.  The “ring” is made up of a bunch of white LEDs and is amazingly bright.

The unit uses 4 AA batteries or you can plug it into an adapter (not included) but that would make it less portable when you’re moving around.

With the brightness setting at the highest level, it’s very bright and might be too bright for using in close-up situations, especially pointed at the face.  At the lowest setting, it’s still bright enough for normal close-up situations.

The picture above shows the knob for the brightness control.  It’s a bit small for my taste but I suspect that most people who use this may not be changing the setting all that often.  The little switch causes the left/right side of the ring to turn on/off.  This is for photography where the objective is to make the item look more 3D.  For most uses, one would normally have both sides turned on. 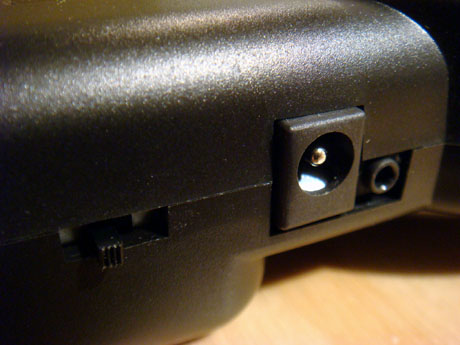 The picture above shows the on/off switch, the DC input and sync plug if you are using this unit for still photography. 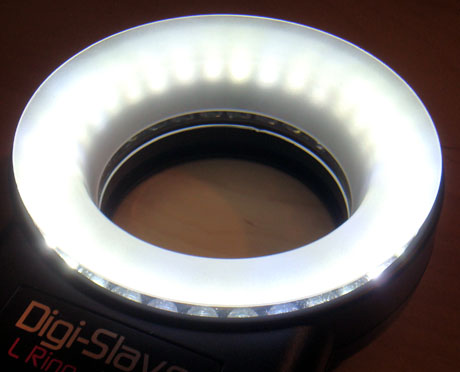 The picture above shows the unit with the LEDs on at full brightness.  As you can see, it’s pretty bright and will be able to light up objects or people 10-20 feet away.

The following pictures show the light in action.  The first picture below shows an object with regular indoor ambient lighting.  The object is about 12-15 inches from the camcorder. 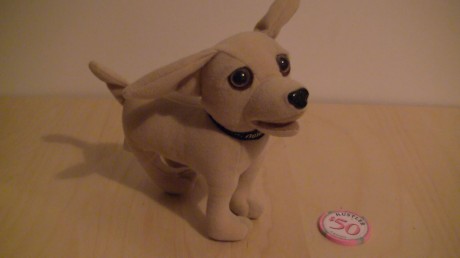 The following picture shows the same object using the built in LED light of the JVC unit.  As you can see, the small LED causes uneven lighting, not to mention a blue-ish tint. 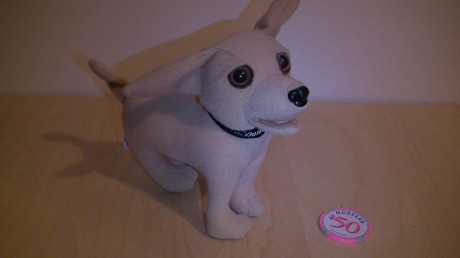 The next photograph shows the Digi-Slave with the LED brightness setting to it’s lowest level.  As you can see, the lighting is more even than the previous picture.  However, there is a similar blue tint as with the JVC LED.  This might be something that could be reduced or removed via white balancing on the JVC but this test was done with the automatic setting. 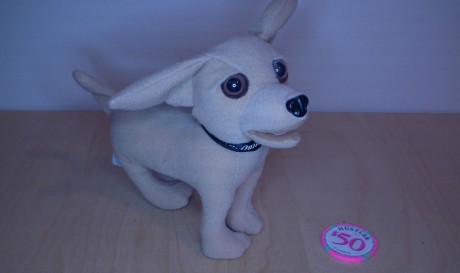 In the following last picture, the Digi-Slave unit is set to the brightest level. Now you can see that the lighting is much more even and the blue tint is gone. 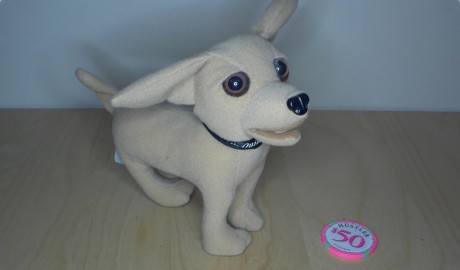 All in all, I’m happy with this product which operates and works exactly as advertised.  It’s a little bit on the expensive side but if you want your amateur pr0n to look good, you have to pay the piper.

Previous: AVN Adult Entertainment eXpo 2009
Next: How to Get XP Web Publishing Wizard on Vista