Sony has opened a brand new Sony Store in the Century City mall. According to workers there, this is the first Sony Store (as opposed to SonyStyle store) and the other stores will eventually all be converted.

I’m not really sure what the difference is between the stores but it’s interesting that this store is just a few stores away from the Apple Store. It’s obvious that Sony has styled the store after the Apple store in terms of looks and the way the employees try to interact with you. 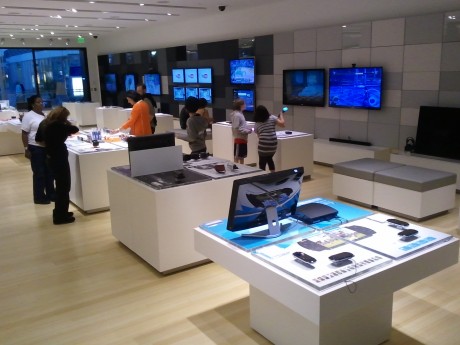 According to an employee there, all the new Sony products will be available first at this store in Century City before they are available at Best Buy or any other retail store. The employee seemed very knowledgeable about the Sony products and showed me the 2 laptops with keyboards with backlighting, and was even able to show the backlighting by covering the ambient light sensor.

Since I like this mall, I will be returning here a lot.