In case you are not familiar with Hydrogen powered cars, these cars have hydrogen fuel cells that you fill up at Hydrogen “pumps” (see below). 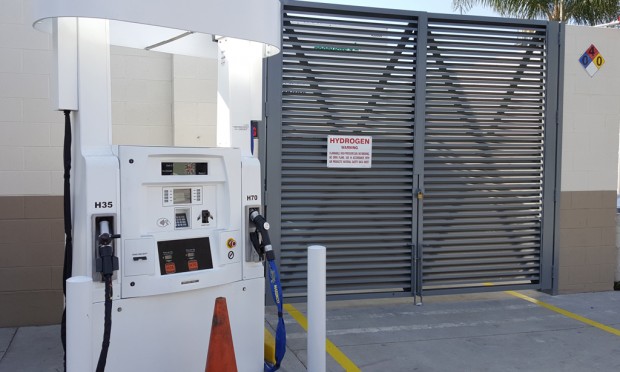 The diagram below shows how the hydrogen stored in the tank (left) is mixed with the air/oxygen (right) coming in from the front, to mix in the fuel cell (in the middle) to produce electricity. The only byproduct is water that comes out the tailpipe.

Note that any other vehicles that can use hydrogen can use these pumps, and not just the Mirai. Toyota has announced that they will pay for the hydrogen for the first 3 years. Since the MSRP of the Mirai is over $50,000, I’m not sure the math works out even with the Government kickbacks.