On August 24, 2015, Sprint pushed out a new update to the Samsung Galaxy S6 edge (version G925PVPU2BOH1). Here is the official list of updates from Sprint:

Obviously, the big one is Samsung Pay, but don’t get too excited yet. As you can see below (second from left), the Samsung Pay icon is available in the App list.

However, when you launch the app, you get what appears to be a stub app that basically teaches you what Samsung Pay does (see below). At the end, the app says “You’ll receive a notification when Samsung Pay becomes available on your phone. Visit Samsung.com/Pay to learn more.” 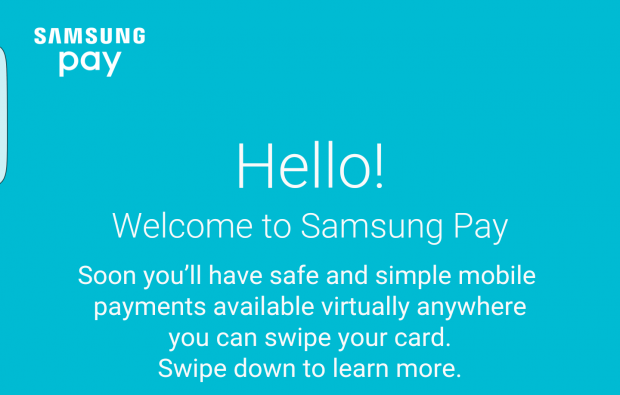 This version has updated app icons that are rounded (see below). It looks odd because most 3rd party app icons have not been updated and are square and only the Android “official” icons are rounded.

The live Youtube broadcast is a big feature of the new Samsung Galaxy S6+ but it doesn’t appear to be available on the regular S6 or S6 edge.

One last thing I noticed is a new status icon (see below) that appears to be a phone with sound coming out of it. Notice that it’s apparently turned off (red slash) or not available for some reason. If you know what this is, please comment below because I’d like to know what I don’t seem to have anymore.

Update September 6, 2015:
That weird icon turns out to be the indicator that WiFi calling is disabled. Since I have unlimited calling, I don’t need that feature so I turned it off and the icon went away.

2015-08-28
cochinoman
Previous: Shunji Japanese Restaurant Quick Review
Next: How To Transfer Files By Bluetooth From Android to Windows 10