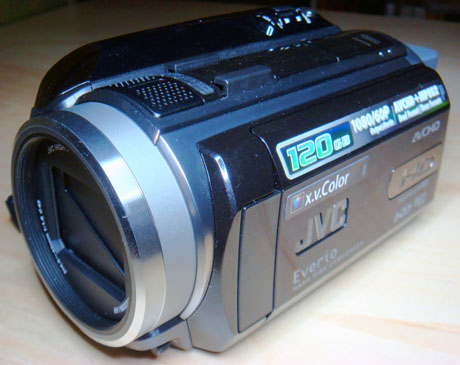 After getting a Vizio HDTV, I knew it was just a matter of time before I needed to upgrade my camcorder to HD.  My current camcorder is the old standard definition hard drive JVC.  I got one of the original models that has a plastic lens cap.

Some of the “must have” items this time around were:

After looking at the Canon and Sony HD camcorders, I finally settled on another JVC Everio. This one is the GZ-HD40 shown above:

The JVC Everio is small and light (less than 1 pound) and easy to carry around in a small pouch or purse.  The LCD is a good size and relatively bright even outside.  Compared to my old Everio, the sound comes in much better, and 120GB of hard disk space is more than enough for even a fairly long trip.

If you’ve never used a hard drive based camcorder, let me tell you right now that this is the way of the future.  When SSD prices come down, that’s the next stage.  Using tape or even DVDs will soon be a thing of the past.  Why have a bunch of tapes around your house when it can be all in your computer? It’s a no-brainer.

One of the big features of this unit is the dual recording format (MPEG-2 and AVCHD).  This is one of the major reasons for selecting this unit.  Not all editing programs use the new AVCHD format but it does save some disk space.  The editing applications that come with the JVC, as well as Adobe Premiere Elements 7 allow you to edit with AVCHD format.  Some Blu-ray players (e.g. Playstation 3) can play a AVCHD disk directly without even having it converted to MPEG-2.  However, it appears that you cannot fast-forward the AVCHD disk (at least not on my Playstation 3.)

If you’re using Adobe Premiere Elements 7, when you import the AVCHD format, it will convert it to MPEG format when writing out to the DVD so you will be able to fast-forward like a normal DVD.

While on this subject, JVC also changed the way the unit turns on and off.  When you flip the LCD open, it will turn on, then when you flip it closed, it will automatically go into some type of low-power sleep mode but will turn back on very quickly when the LCD is opened again.  This is so much better than the old unit that I have where you have to use a button to turn the unit on and off.  Nice improvement.

Most of the settings are changed via the micro-joystick on the LCD flip-out and is relatively easy to use. The modes and settings are organized well and the LED light can be turned on using the joystick without having to go into any modes.

As for the “Night recording mode”, this is different from the green IR night recording that you see from Sony or other manufacturers. This mode just changes the settings for darker situations and does work.  For example, without this mode, my computer area with the lights off (using only ambient lighting), looks almost completely dark.  But with this mode turned on, you can see everything.  However, it does cause some graininess so you’ll have to weigh that versus the darkness.

Well, you know I don’t do reviews without a section of complaints.  Here they are:

One very interesting feature is the ability to take still pictures WHILE you are recording video.  It’s in video resolution but it’s a nice feature.  However, you can only take 3 still pictures maximum during each video shot.  In other words, after 3 stills, you would have to stop video recording, and restart a new video segment to get 3 more stills.  I’m assuming it’s some type of RAM limitation but sometimes this limit can be a little annoying.  Of course, you can always get stills after the fact on your computer.

The built in LED light is located on the right side and can cause uneven lighting, not to mention a blue-ish tint to the image.  If you want professional looking video, this will not do.  For amateur pr0n or vacation videos, it might be okay.

Here are some more pictures of the Everio from different angles.  Click on any thumbnail to see a larger gallery version. 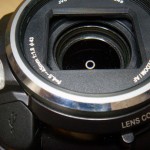 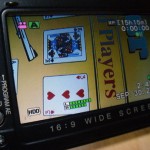 Controls on left including “joystick” (middle) 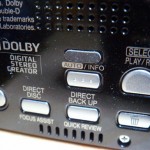 Buttons on inside area under LCD when opened 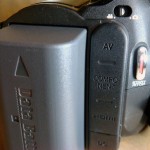 Battery pack and cover for connectors on right 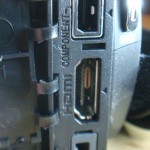 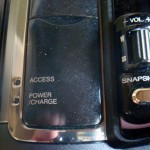 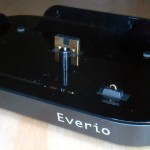 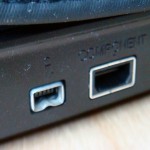 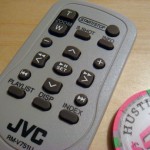 All in all, I’m happy with this unit, especially compared to my older JVC.  I’m completely sold on hard drive camcorders and will never buy a media camcorder again.  Compared to SD, HD images on your big HDTV looks fantastic.  However, don’t expect HD quality that you get from those $5,000 professional units.  You get what you pay for.