Since I didn’t win my way in to the 2009 WSOP main event this year (again), I decided to try the Stars and Stripes Championship event at the Bicycle Casino for $1070.  I waited until there were a couple of people sitting at my table before I sat down.  There was a young Internet guy in seat 3, and we chatted a little before the tournament.

While chatting, I noticed WSOP 2006 Main Event winner Jamie Gold sitting at table 6, seat 9 nearby.  Around the same time, I also observed Men “The Master” Nguyen buying in 2 of his “horses” apparently on credit. I’m not positive but I didn’t see Nguyen playing himself, but one of his horses came to my table later in the tournament. With all the controversy regarding Nguyen being accused of collusion, I’m glad he was not at my table. 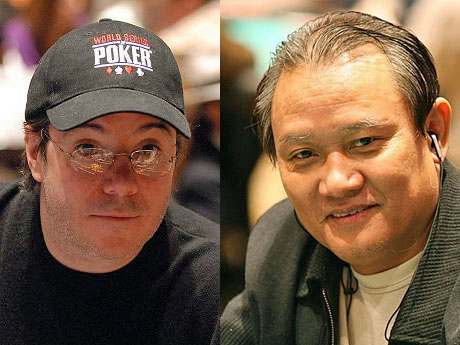 I’ll spare you the boring details of how I got knocked out, except to say that I had top pair on the flop, and the big stack went all-in with his open ended draw and got the straight on the river.

On a side note, Jamie Gold ended in 6th place in the tournament.