While in Vegas for the WSOP, I had a little time to checkout a new Sushi place at the new Cosmopolitan. Actually, it took us a little while to find the place because it was not on the ground floor and you would not accidentally find this place.

We tried the Wagyu Tataki for an appetizer and although the sauce was a little heavy for my taste, the meat was fine. We also had the Edamame ($8.50) which was slightly over cooked. Normally, I wouldn’t think much of it, but at these prices, I expect better. 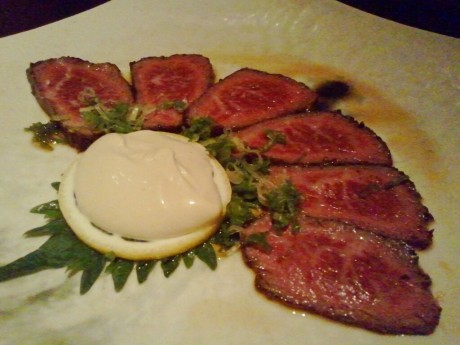 My friend had the Sushi and Sashimi combo (shown below), which was average at best. 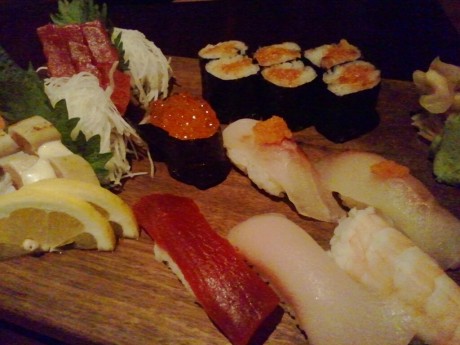 To be different, I had the Sushi Deluxe, which was also just average. Don’t get me wrong. There was nothing specifically wrong and the fish was acceptable, but again, at these prices, I wanted to be wowed. Instead, I was left feeling like we should have gone to a steak place instead.

All in all, for the price, I’m not impressed.