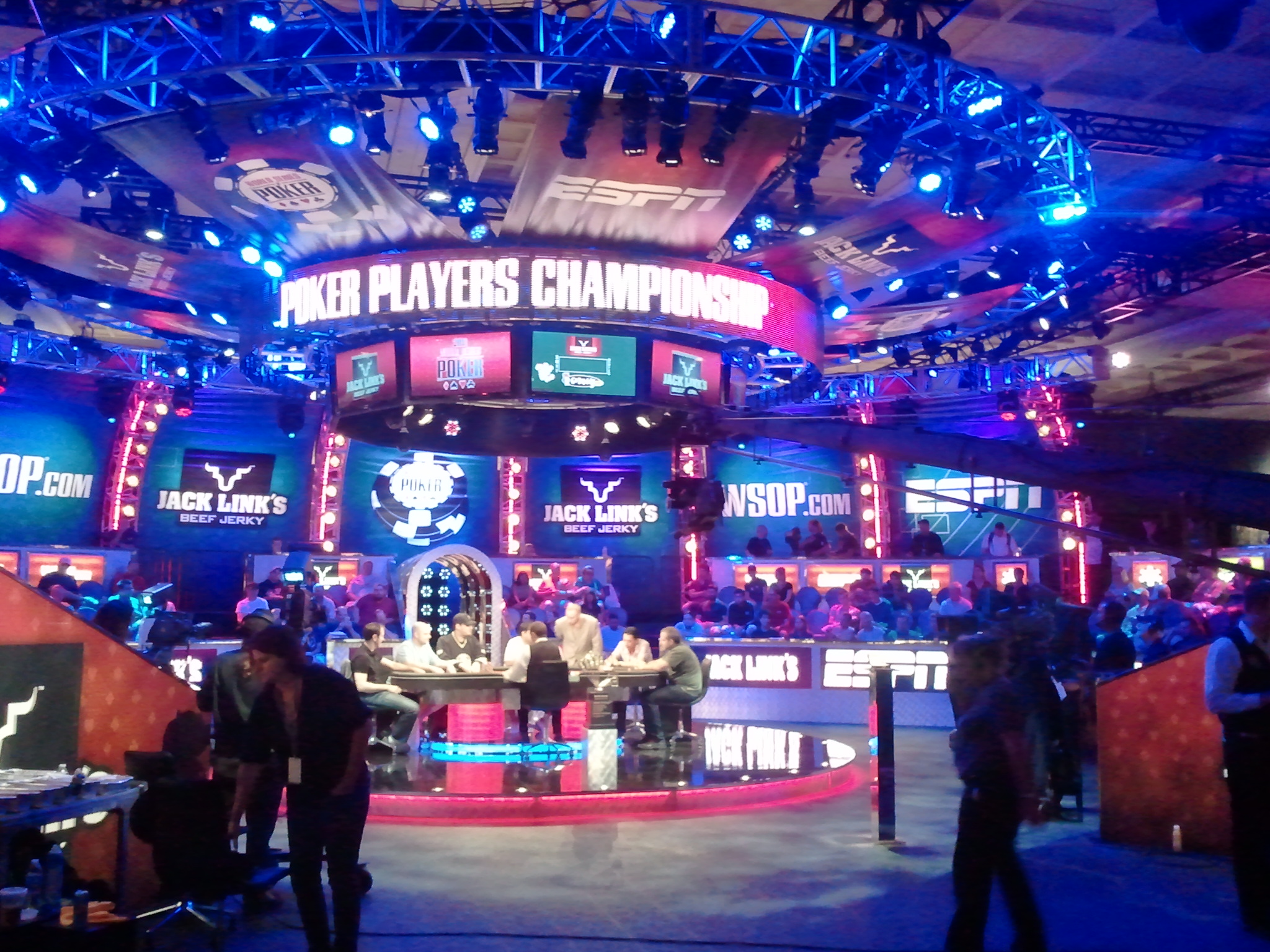 As usual, my predictions were completely wrong. The online armageddon did not cause the numbers to free fall. In fact, the numbers were slightly up, and as you can see from the picture below, registration lines showed it. 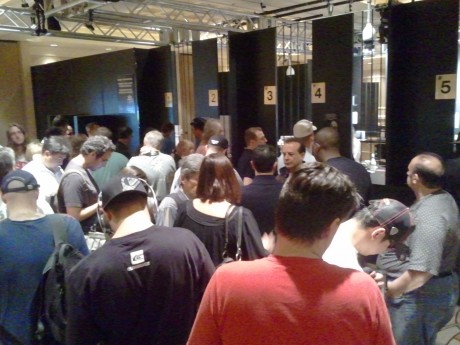 Even with the long lines, I have to say that the WSOP people keep tweaking the event each year for the better, and this year was again slightly better than last year, in my opinion. Considering how large this event is, it’s amazing how well it is organized.

Unlike previous years, I was not able to enter the main event, although I got to within 6 more knockouts to winning my way in via Mega satellite. For my last table, I sat to Mini Tran‘s right but I didn’t see her make any crazy moves. In my opinion, she is a fairly straight forward old school player, compared to many of these 20 something online players who like to 3 and 4 bet you with air.

One thing I noticed was the porters were giving out bottled water and Red Bull for just the cost of a tip. I’m not sure how they can afford to give out Red Bull for free, but I’m guessing they are a WSOP sponsor. While they’re at it, Jack Links should have given away their beef jerky to the players as well. 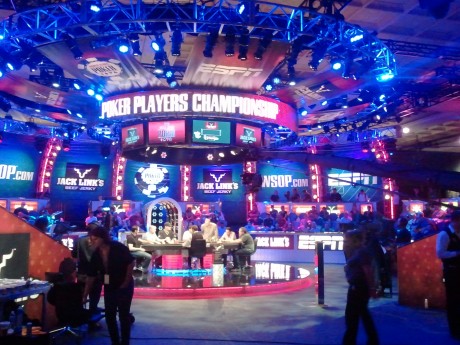 This year, I entered at least one tournament each day, and if I got knocked out early, entered a second one the same day. To change things up, I tried the Deep Stack tournament at the Venetian on one of the days. I’ve played cash games there before but this is the first time I played a tournament there. From what I could tell, the tournament was run smoothly. The only person I recognized in the field was Dennis Phillips from the 2008 November 9.

There is an Asian restaurant called “Noodle Asia” right next to the poker area where they have very good Chinese food. If you’re there, try the Hong Kong style Won Ton noodles and the Lamp Chop if you’re hungry for some meat.

If you need some other drinks or snacks, you can go out the door, go up the escalator, then down again to get to the Walgreens which I think is open 24 hours. This is very convenient for tournament players during their breaks.

As a sign of the times, take a look at the picture below.  Apparently everything in the casino is connected to some central server. You can’t get away from big brother in Vegas, that’s for sure. 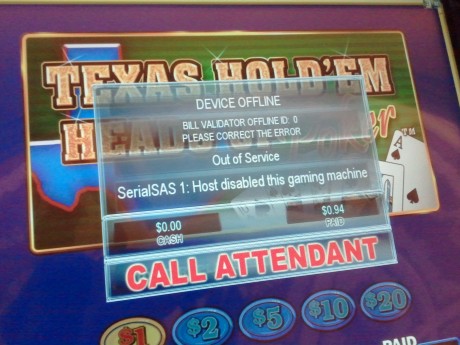 Although I failed to cash this year, I felt at ease and never felt like I was out of place. I tried to have fun even when I was not doing well at the table. All in all, I had a good time and I will be back next year.