Another World Series of Poker has come and gone at the Rio in Las Vegas. Now that the “October Nine” has been set, I decided to take a quick look back at this year’s series.

As the online poker ban in the U.S. has continues, the crazy increase in players at the WSOP is a distant memory. This year, the numbers looked flat and perhaps more Europeans are getting in on the action than before.

The new event this year that cause a lot of commotion was the “Big One for One Drop” which was a $1,000,000 buy-in tournament which was capped at only 48 players. Antonio Esfandiari won the record breaking $18,346,673 first place money. This event was definitely getting a lot of attention and televised live on ESPN. 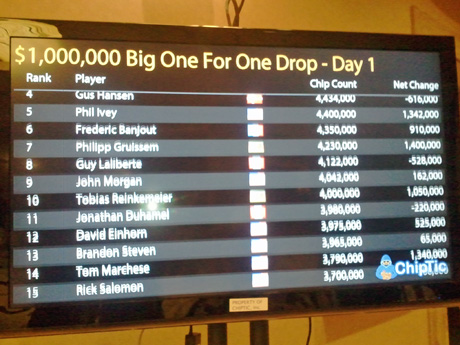 As for me, I finally cashed in one event but like last year, was not able to satellite my way into the main event. Maybe next year.