In what seems to be an endless stream of “smart locks” coming to the market, here comes another one from Goji. As with Lockitron and August, this one also allows you to use your smart phone to unlock your door. Like the Lockitron, Goji also connects via Wifi to allow you to control your lock via the Internet.

Goji has a few features that are not provided by the other 2 competitors.

As you can see below, if you want your kids to be able to use the lock but they don’t have smart phones, they can carry a FOB. And of course, there is a backup key in case everything else fails. 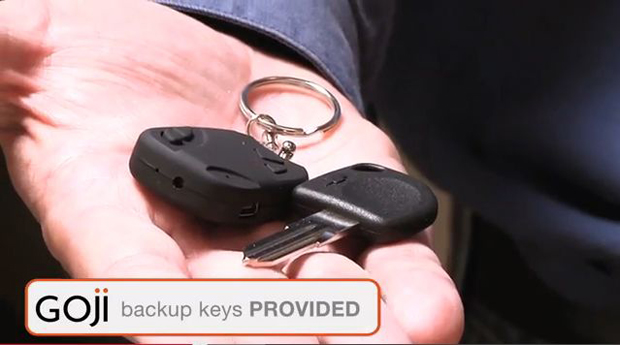 Aside from the price getting higher each time a new entry comes in, it appears that the user is required to do more and more for installation. The Goji requires the entire lock assembly to be replaced, which includes the lock itself and therefore comes with it’s own keys. Frankly, I’m not sure if I want to do through this much installation, especially if I decide to move and wouldn’t want to leave my Goji behind.

To access the actual key hole, you flop down the outside display as shown below to reveal the old school tumbler key lock. 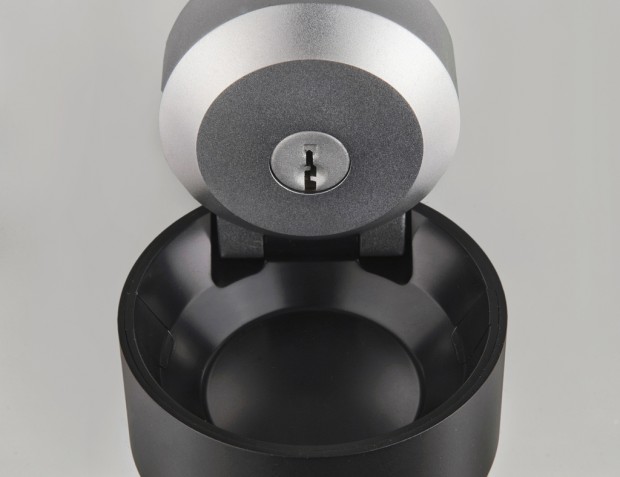 Watch the full blow-sion commercial for this Goji smart lock below.

The price may deter some people, while the extra features may attract some people. The video has an obviously fake mockup of the app showing the picture that was taken. It would be interesting to see what the real picture will look like because most likely, the person will be backlit and would be in shadow.

Unless you have tons of people visiting, I doubt the picture feature would be worth the extra cost of this unit over the competitors. We shall see, when it comes out in December.