Apple has announced their new version of iOS to come out in the fall of 2013, expectedly called iOS7. Interestingly, Apple has changed the look a little, and even the colors are a little different. But some of the new additions are old features from other platforms.

Here (on the left), we see Apple’s “Control Center” which looks a lot like Androids control center. The only difference is that it pops up from the bottom instead of the top. And yes, if that’s not enough “borrowing,” iOS 7 now has a “Notification Center” that scrolls down from the top, exactly the same as Android. Frankly, I don’t blame Apple for borrowing these features. They are some of the best features of Android that iOS didn’t have… until now.

On the right below is “AirDrop,” which is a direct phone-phone sharing feature that is basically the same as Samsung’s “S Beam.” Hopefully, it works better than Samsung’s version. This all would actually be useful if you could use it between platforms with any smartphone instead of having to look for somebody that has the feature. 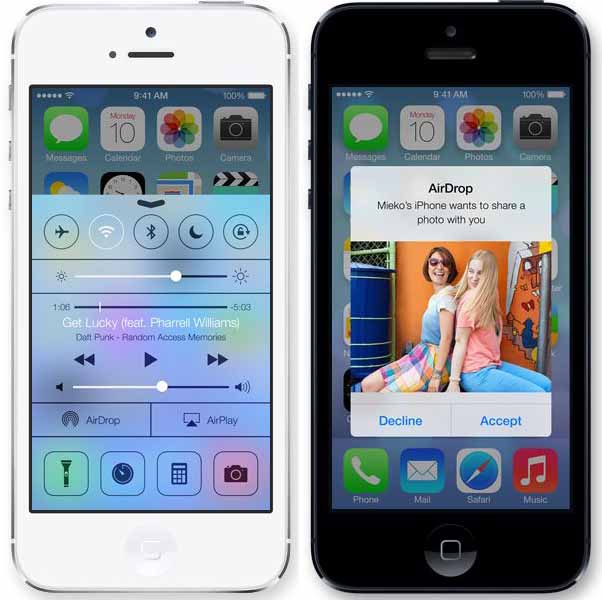 The next iOS7 touted feature for mult-tasking (below left) is close to my heart because that was one of the few great features of the WebOS on Palm devices. Scroll left to right to see the different apps, then swipe up to delete unneeded apps in memory. Not so coincidentally, when Palm went basically belly-up after HP’s acquisition, some key designers and programmers escaped to Apple and it looks like it’s finally starting to pay off.

And finally, some innovative news. On the right, Apple has added to their Safari browser “AutoFill” setup with not just saved passwords but even credit card numbers. Finally, a great new feature that all browsers should have. Don’t worry, unlike Firefox, everything is well encrypted and not going to be hacked or stolen easily. 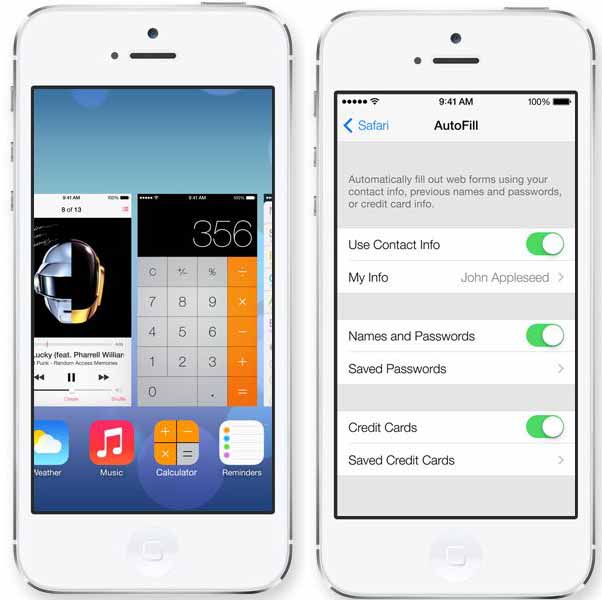 There are a bunch of other new apps and features that basically look like existing iOS apps, and not very interesting. But one thing that got my attention was “iOS in the Car,” which according to Apple will be available starting in 2014. When a car is equipped with this, your car’s in-dash system will let you use your iPhone 5 seamlessly with your car. Make calls, use Siri, navigate, listen to music and even text using this new feature.

In case you didn’t read it, I hate Toyota’s antiquated in-dash Entune system and would pay good money to switch to anything that operates like the iPhone. Swipe and pinch to zoom on your dash? Hell yeah. Gimme. 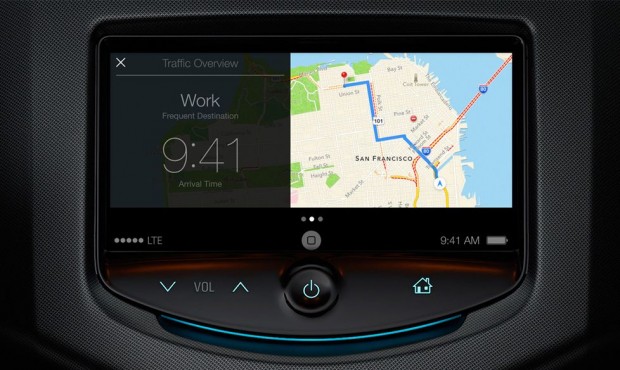 All in all, I’m looking forward to the “new” features that will make iOS more like Android and WebOS. Don’t get me wrong. Frankly, anything that makes iOS or any platform better is good news for everyone.

But mostly, I will be waiting for “iOS in the Car,” to replace my horrible Toyota Entune system. 2014 can’t come soon enough.