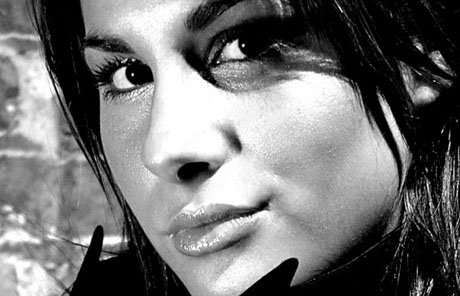 As Ashley “Kristen” Dupre brings down NY Governer Spitzer, she’s also going the way of Devine Brown by using her 15 minutes to jump start her music career.  Reports are that her first single has been downloaded 3 million times, and her second single, “Move Ya Body” moved up to a maximum 98 cents on AmieStreet.com. She’s got a music video out already to promote her music.

Larry Flynt is reported to have offered $1 million for Dupre to pose naked.  Dupre could “prostitute” herself and take up his offer or wait longer to cash in from Penhouse or even Playboy.  Better yet, she could have a reality show about her budding music career, or NY escorting.  The later would certainly be a big hit.  I’d watch it.

Chickipedia is exactly what you think it is.  It’s wikipedia, but for hot chicks.  Their database contains over 2,400 chicks and over 24,000 images of chicks.  For the most part, it’s pretty cool but they do have the exact same problems as wikipedia with clowns putting in erroneous information.  One example is Alicia Keys’ hips being listed as 51 inches.  Come on now.

One technically cool AJAX code they use is as you’re typing your text in the search box, it will show a list of matching names.  However, as far as I can tell, there’s no way to sort the database by, let’s say, largest breast to smallest.  You can find a list of everyone with a specific breast size, or height, but no sorting.  It really doesn’t matter because the physical size information doesn’t seem to be all that accurate anyway.  And yes, Jenna Jameson is there, but no hardcore stuff.

They also have videos of your favorite hotties.  Their cover page currently features Olivia Munn, who is the co-hostess of “Attach of the Show” on G4 TV.  Technology and hot girls.  My favorite combination.

Update 9/12:
Alas, chickipedia is gone and the link just redirects to some other site.