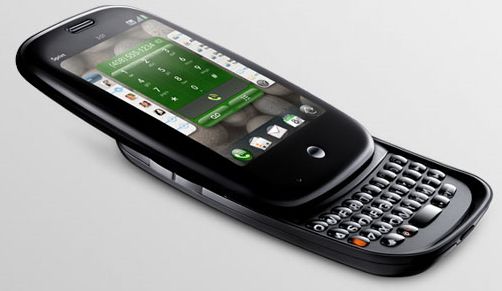 I’ve been waiting patiently for the Palm Pre to come out for months now.  Is it an iPhone killer? I don’t know. It’s certainly not going to have the kind of 3rd party software that’s available right now for the iPhone.  One thing seems to be clear. This is probably Palm’s last chance to come back as a viable contender in the handheld marketplace.

Upon visiting Best Buy, I was told there was a very long waiting list and I probably wouldn’t get one on June 6th. After visiting Radio Shack, the guy there told me there was no waiting list because there would be no shortage. Huh?

A friend of mine tells me that her friend’s friend can get me one on the 6th but I’d have to grease some “palms.”  I’ve had marginal luck with these types of deals.  But desparate situations call for desparate measures, and so I gave the green light.  Either I’ll have one on the 6th or I might be on TV being led away in handcuffs by a Palm Pre sting operation.

In either case, I’ll be posting something here.