As you can see below (left), you can now see a preview of images, and even text files (not shown) as well as the folders making it much easier to work with your files.

The image on the right shows the version on the iPad, which merely shows the filename which may or may not help you. 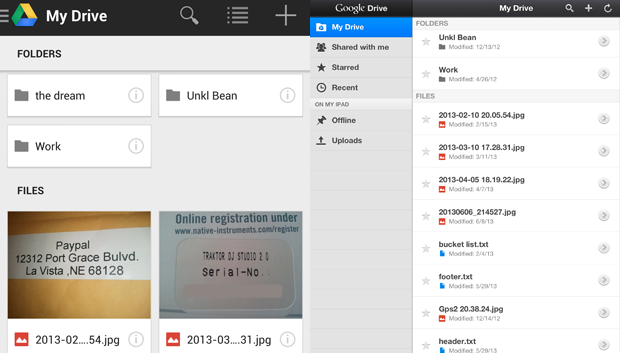 With all the screen space on the iPad, you would think it would be very easy to make a better version. It’s very likely that they want to purposely have a better version running on Android before they port it to iOS. It’s just smart business. Right Google?