There’s been a lot of buzz lately about affordable 3D printers and 3D printing services but I’ve pretty much ignored it until recently. On one of my shopping trips to Staples, I noticed that they were actually selling Cubify‘s 3D printer right in the store. It’s not a toy. It’s a real 3D printer made by a high end 3D printer company called 3D Systems.

Although nobody in the store seemed to be interested in this $1,299 3D printer, it caught my eye. Not 10 years ago, this would have been only available at 5 to 6 digit prices and 25 years ago would only be in a Sci-Fi movie. Cubify also offers a professional model called CubeX for $2,499 which can create bigger, multicolor objects. One of the most expensive costs for a new idea used to be to have a prototype made professionally. This used to deter a lot of startups in the past. 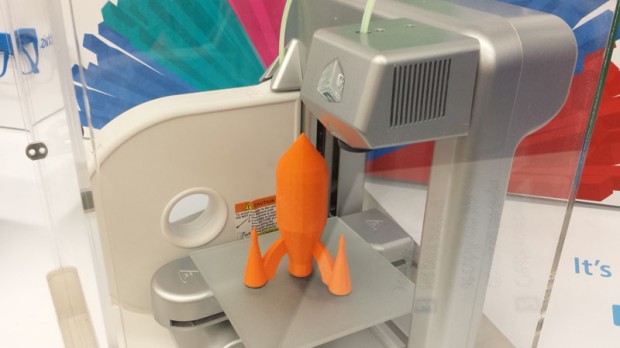 But now, if you were to combine the $2,995 3D laser scanner from NextEngine, with the CubeX 3D printer, you could have a model making business literally in your garage or home office for under $6k. This is simply amazing what the ordinary person can do now. No longer do you have to be a large corporation to have your great ideas become reality.

In the same way that music apps and iTunes changed the way musicians create and sell music, 3D scanning and 3D printing, along with crowd funding, will create a new industry for home spun inventors dealing directly with the end user. We are about to enter a new exciting new era.