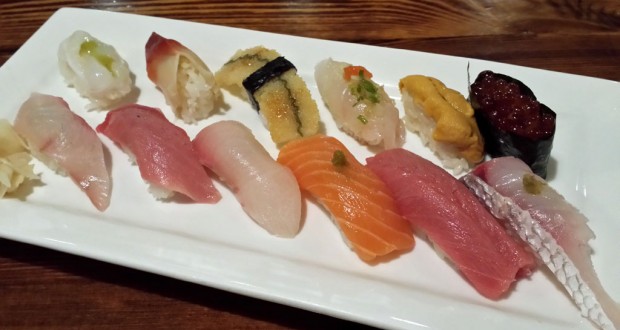 It’s been several years since I’ve been to Mako Sushi, located in Weller Court in Little Tokyo. As far as I can tell, everything seems to be the same, including the owner doing his magic behind the sushi bar. This place is located on the 3rd floor of this mall and is about as tiny as possible so if you come here late on the weekend, expect a long wait.

On this outing, I decided to try their $65 Omakase to see what you get. 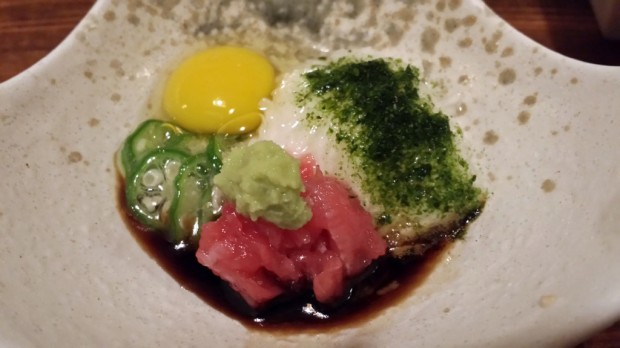 First up, Yorakako(?) which was Blufin tuna, I think, with quail egg. 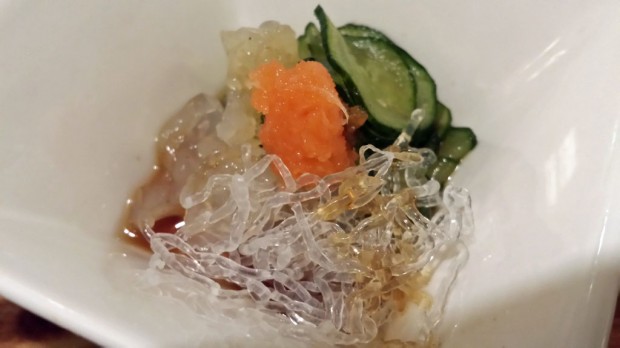 Next up was some Jelly fish and miso soup.

Lastly, some great tasting nigiri sushi, then they comp-ed me some desert which was not included. Surprisingly, the hot green tea was $1 and not free.

It’s a little pricey and considering the price, the service is not top notch, but the food is just that. Top notch. It’s a little cramped but if you can get in, and you’re not worried about the price, check this place out.