Back in 2012, I replaced my Buffalo Raid with the now discontinued Drobo FS NAS from Drobo. Just a few weeks before I got my new desktop, my reliable Drobo died. After contacting their customer support, it was determined that it would cost at least $150 to fix the old NAS. Instead of fixing it, I decided to upgrade to the Drobo 5N NAS. 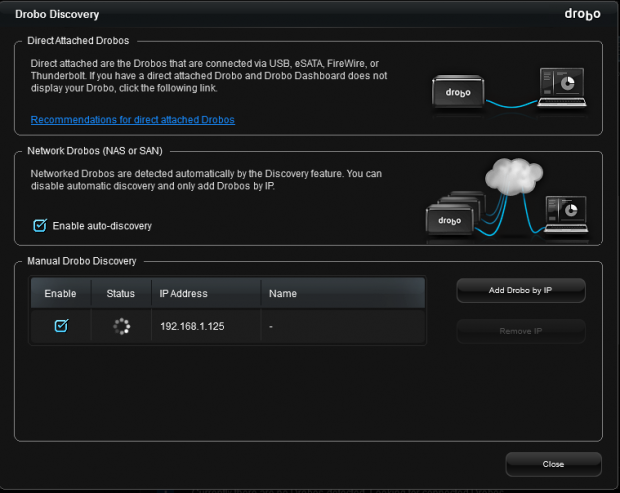 After transferring the drives from my old Drobo to my new 5N, the unit was able to access all the data. I moved all the data to my local hard drive, then reformatted the 5N, the copied everything back onto it. This took a little while but after everything was done, I was back online.

However, after 4 months of use, I had to get a new cable modem, which had a built in router. Upon connecting to this new router, the Drobo became disconnected from my network. After contacting Drobo customer support, they told me to connect the Drobo directly to my computer. After doing so, I noticed that the Network setting was set to “Manually assign an IP address.” When I changed it back to “Automatically assign IP settings,” my Drobo connected properly to my Windows 8.1 and Windows Vista computers without any more problem. 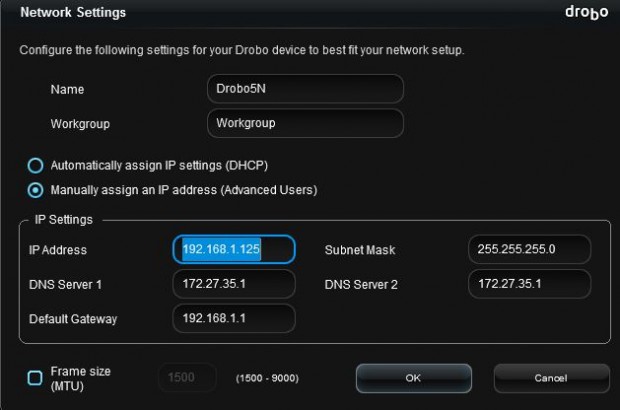 The older Drobo came with a program called “Drobo PC Backup,” which would automatically backup files for you. However, if you are running Windows 8.1, you no longer need this program. Microsoft has copied Apple’s “Time Machine” with their own version called “File History.” The name is not as sexy, but basically it does the same thing. To turn it on, from search, type “File History,” to get the screen below. In the lower right, click on “Turn on” to activate this feature. It will automatically backup all your library (music, documents, video, photos) files, settings, contacts, Favorites and desktop. You can change the setting to save forever, or only keep stuff for a specific amount of time.

All in all, this newer Drobo with the ability to replace drives with larger ones without having to re-format, and to mix and match different sizes, makes this a winner. It’s not the cheapest RAID you can buy. It’s just the best.