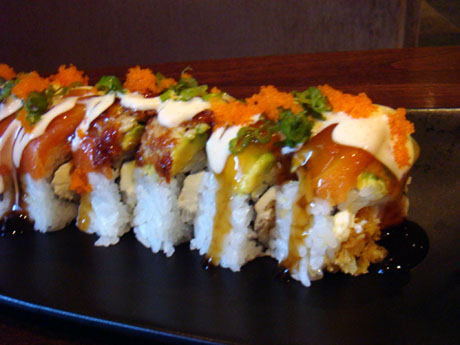 It Zushi in Westwood Review

It Zushi is located on the side of Westwood Village near Fat Burger, and has a small front but the actual restaurant is much larger inside.  This is another one of those fusionized sushi places that’s probably more like a good drinking place than a sushi place.  There’s no parking here so just park on the street or in one of the parking structures. 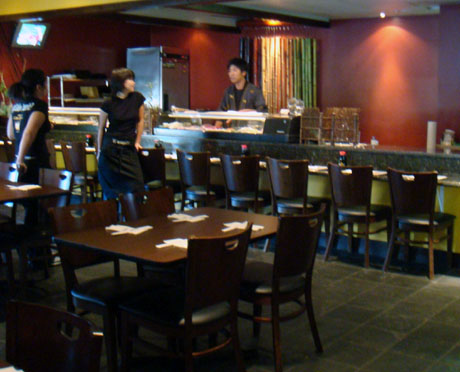 This is a picture of the sushi bar area.  I sat at a table but there was only one sushi chef and not very many seats there.

I tried the more traditional nigiri sushi called “Sushi Mix” for $14.  What was I thinking? Ordering real sushi here was a big mistake.  I would not recommend this for anyone except people who love the sushi at Ralphs.  Instead, come here for the sushi rolls.

The menu is big and the sushi roll menu (yes, they have a separate menu just for that – see picture) is almost as long as the Jerry’s Deli menu.  My eyes started to glaze over from this long list.  Click on the thumbnail to see this long list of sushi rolls.  They pretty much have everything you can think of, and a few more.

My friend tried the BMW (see picture above – $9.50), which is made of just about everything but the kitchen sink.  It’s got eel so if you don’t like eel, don’t order it.  I tried some and it was surprisingly pretty good.  But then with all that sauce, how can you screw this up?

And as always, just to let you know, hot green tea here was $2, which proves that it’s not a traditional Japanese restaurant.

So basically, if you like sushi rolls, and are in Westwood, and want to drink, and happened to park nearby, this might be the place to drop in.  Otherwise, there are better alternatives within walking distance.