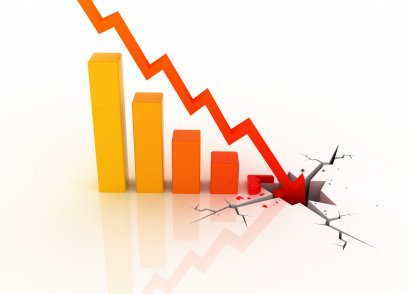 Technology and gadgets. I love them. Recently, there was talk of software giant Microsoft buying poor Yahoo.com. Yahoo used to be the number one search engine back in the day. People used to think nobody could out-search Yahoo. How the mighty has fallen. Google has taken over as #1 and it’s not even close these days.

How did Yahoo lose such a large market share? They were #1. They started expanding to mail, games, groups, and chat.  Everything except web search.  They lost their way.  Or another way to put it is, they got lazy.  Lazy, as in slow to react.

This got me to thinking about other similar large market share losses. Speaking of Microsoft, they did the same thing to Digital Research. Digital Research had practically the entire market share of microcomputer operating systems with their CP/M.  But Bill Gates came along and bought an OS from Seattle Computing and with some modifications, sold it to IBM for their brand new microcomputer.

Today, people don’t even know what CP/M is, or was. They’ve never even heard of Digital Research and Gary Kildall. What happened there?  Missed opportunities.  Yes.  But they could have fixed that.  Did they not realize how big IBM’s computer would be in the market place?  Perhaps.  It’s pretty complicated, but I can sum it up this way. They got lazy.

Speaking of Yahoo and Google, what did people do before the Internet?  Today, if I want to buy something, a couple of clicks of my mouse and I can buy anything under the sun online. Before the Internet, people used the Yellow Pages.  Many people are too young to have even used the Yellow Pages.  It’s a big book that has the phone numbers of every business near you. It also had some ads in it too. Sort of like what Google does now, but slower, builkier, and only locally.

How did AT&T/Yellow Pages lose their entire market share?  By the time AT&T realized what the Internet could do, it was too late.  They didn’t even see it coming.  They got lazy.

Why didn’t the newspapers create those websites? Same reason Yellow Pages didn’t create Google.com. They were too busy printing the next day’s newspaper and finding new advertisers.  The daily grind.  Oh, and they got lazy. 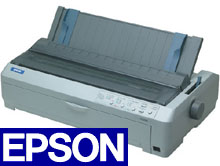 During the early days of micro computers, people used Dot matrix printers. These were printers that used print heads that moved across the paper to print by using ink ribbons. Epson, a Japanese company, ruled this market. If you wanted a printer, you bought an Epson.

Then, a instrumentation company called Hewlett-Packard or HP started selling laser printers. These printers were more expensive but made documents that looked like they came from a print shop. It was also fast. Much faster than the dot matrix.  By the time Epson realized what happened, they had lost their entire market share.

What happened to Epson? They were so busy making new dot matrix printers and improving their old models, they didn’t look at new technologies. Basically, they go lazy. 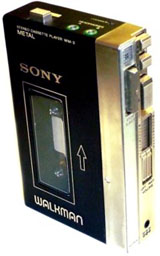 Well, I saved the best for last. During the 80’s, Sony had a product called the Walkman. It was a portable cassette player that would allow the user to play music on the go. You could listen to music while commuting, or jogging, or just hanging out. They sold tons of these things.  It was a great idea.  They owned the market that they had basically created from scratch.

Then a computer company called Apple decided to make a digital music player.  That’s right.  A computer company.  They also created a music store online on the Internet.  Even though Sony owned a record company, they didn’t figure out that Apple stole their entire market share until it was too late.

Now, Sony is scrambling to try to regain their market share.  But they’re busy with Blu-ray players, HDTVs, Playstation 3, Playstation Portable, and tons of other products.  They have so many products, they forgot about their Walkman market.  As a matter of fact, according to PC Magazine, in a list of customer satisfaction, Sony MP3 players rate #7 after Apple, Microsoft, Archos, Samsung, SanDisk, and Iriver. What a joke.

Big Sony. Are they lazy too?  You bet.

The word “lazy” doesn’t mean they weren’t working hard at all these companies.  In fact, these companies were all leaders in their markets.  I’m using the word to mean that they were sleeping on the job. They were so busy with their day to day business of making money, and cranking out new versions of their old products, they failed to see the future.  In some cases, they weren’t even looking.  Slow to react.  Lazy.

Sometimes, you have to stop what you’re doing, look up, come outside the box, and take a fresh look at things. Some people are good at this, and others are not.  Some companies are good at it.  Others, not so much.

This sort of “laziness” can happen to anyone.  Even regarding your daily life.  Personal or professional.  Are you sleep walking in your life?  Are you too busy working and paying your bills to realize you could be rich?  Are you too busy with the rat race to talk to your kids?  Or your wife?  Do you just look at today or do you look into the future?

2008-08-31
cochinoman
Previous: Cheap HDMI Cables From OutletPC
Next: Vonage Kicks My Ass as a Parting Shot