Home > Entertainment > Gambling > Legends of Poker at the Bike 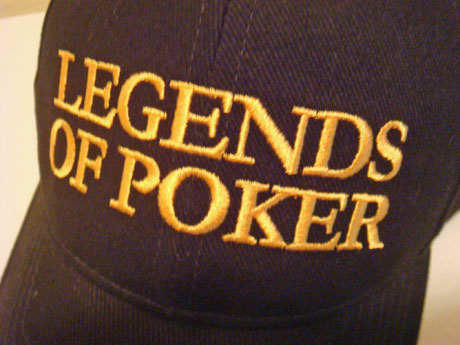 Legends of Poker at the Bike

After my disappointing performance at the last series of tournaments at the Bicycle Casino, I decided to keep trying at the Legends of Poker tournaments.

Everybody gets one of these free baseball caps for entering the tournament, as well as a coupon for free dinner. Hey, they have to do something to make it seem like you’re getting your money’s worth.

Men “The Master” and his wife were there, as well as Lou Diamond Phillips, the actor slash poker player. On another table, Sam Simon (co-creator of the Simpson’s) was trying his luck. 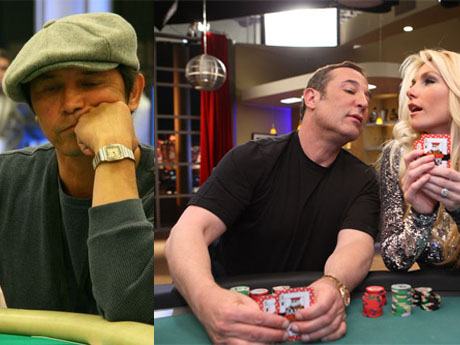 Actually, both of these guys are fairly serious about their poker. Simon is famous for having a big home game in Los Angeles, which was featured on 60 minutes a while back.

Now, Simon has had a cable show called “Sam’s Game” on Playboy, since June 2009. Here’s a clip from their show below. You can tell that it’s more talking and BSing than poker. What little poker that is played is only good for showing people what NOT to do if you want to play properly. The only reason for watching is to see Playmates playing poker, but they have their clothes on so it’s not very interesting. However, I would watch this show if it was Simon playing strip poker against only Playmates at the table.  Now, that would be a real show to watch.

In the $500 buy-in tournament, I was doing fairly well when I got pocket Queens under the gun. The blinds were only $150-$300 but I raised to $1,500 because I was on a super high action table. As I suspected, I got 5 callers.  The flop was Jack high, no straight draw but a club flush draw possible.  After the big blind checked, I went all in for about $18,000.  I got one caller, who had an Ace high flush draw, and he got there on the river. He easily covered me and I was out.

So ends my Legends try. I’m not even going to try to win my way into the main event. Well, at least I got a free baseball cap.