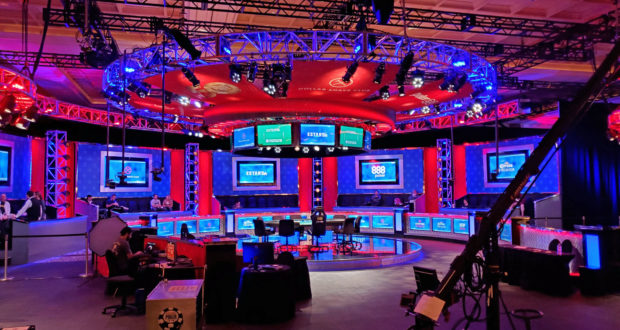 My second trip to WSOP 2019 is for the Monster Stack, which has 60 minute levels with a starting stack of 50k, for $1,500. These days, that’s hard to come by for any live tournament.

However, I decided to change it up and stay at Bally’s instead of the Rio because I’ve gotten tired of this Hotel that’s literally falling apart.

It’s been years, maybe decades since I’ve stayed at Bally’s and I see that although you can tell it’s very dated, they have remodeled and updated their rooms. Don’t expect the Aria but the location for non-WSOP shopping and gambling is fantastic. However, it will add about 30 minutes to traveling to your table at the Rio in the morning for the 10am start time.

The bathroom was clean and in working condition, unlike at the Rio. I was completely satisfied with the room except that they put me next to the elevators. At first, I thought that would make it faster for me to get downstairs but as it turns out, you can hear the elevators going up and down starting at about 7am and it woke me up. I asked to be moved by there were no other rooms until the next day.

To make a long story short, I didn’t get a good night’s rest on the first night and I think it affected my play on the first day. After moving to another room, I got better sleep, it was too late to save myself from my poor plays from the 1st day and I was out. It’s always easier to blame bad play on anything other than myself.

After being knocked out from the tournament, I did my usual browsing to see what I could find in technology. Although I did see yet another electronic poker table, I didn’t see how this was any different from playing online on my iPad with friends.

Since Bally’s was right across the street from Caesar’s, I visited my favorite sushi restaurant, Nobu and ordered their nigiri set. It’s pricey but you do get your money’s worth in quality.

Nothing else noteworthy happened except on my way back to LA at the JetSuiteX lounge.

All in all, with all the crowded craziness, it was still a blast and I’ll be back next year to try again.

2020-03-19
cochinoman
Previous: How To Read iCloud Email on Windows 10
Next: Bad Computer Karma Follows Me