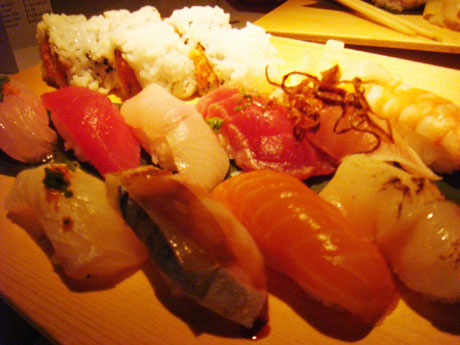 Once again, I got an opportunity to return to Maru in Valencia. You can read my original review here.

This time around, I decided to try the regular sushi combination instead of ordering piece by piece. 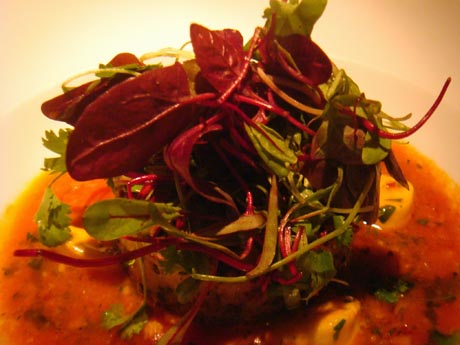 My friend and I were both tricked by the name of the appetizer we picked. The name of it was “Crisp Duck Risotto,” and I somehow thought the duck was crisp. Instead it turns out that the risotto was crisp, which isn’t exactly the way I like my risotto. If anything, I like my risotto mushy, and not crunchy. Nonetheless, the small pieces of duck was good and everything was right in the world again.

The sushi combination was fresh and well prepared but not as spectacular as on the last trip when we ordered each piece separately.  This seems to be the same at almost all sushi places, where you get better stuff when you order them one shot. There was nothing to complain about here except for the price. You can get the same or better for less money at places like Izayoi.

Moreover, unlike the last trip, the service was not up to snuff for an upscale sushi restaurant. The waitress seemed very rushed and out of sorts and when our sushi combination arrived, there was no soy sauce dish.

In my opinion, at a sushi restaurant, this is worse than the waitress at a steak house not bringing the steak knife. We did eventually flag down a waitress but at any good restaurant, the waitress should return soon after the dish arrives at the table to make sure everything is fine.

However, I will still give this place good marks for their upscale ambiance. But ambiance alone cannot sustain a restaurant. Ask any of the thousands of great looking restaurants that have closed over the decades.