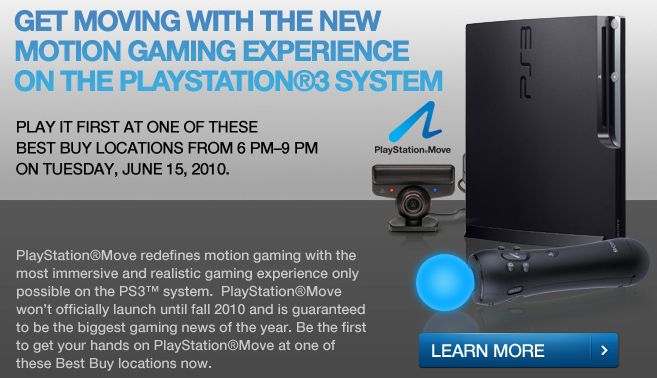 Well, a whole year has gone by and at this year’s E3, both Sony and Microsoft are now showing off their motion control devices and the games that will use them.

Sony decided to go one step further and demo the devices at the local Best Buy. They will be showing it today at both Culver City Best Buys and the Burbank Best Buy.

It’s so funny that both Sony and Microsoft are playing catch-up to Nintendo after calling the Nintendo motion controller a “fad.”

Yes, it’s just a fad. A fad that allowed a “kids” game console that doesn’t even have HD to kick your respective asses.

Previous: iPhone 4: Why I’m Switching to It
Next: iPhone 4: Online Pre-order Not So Easy