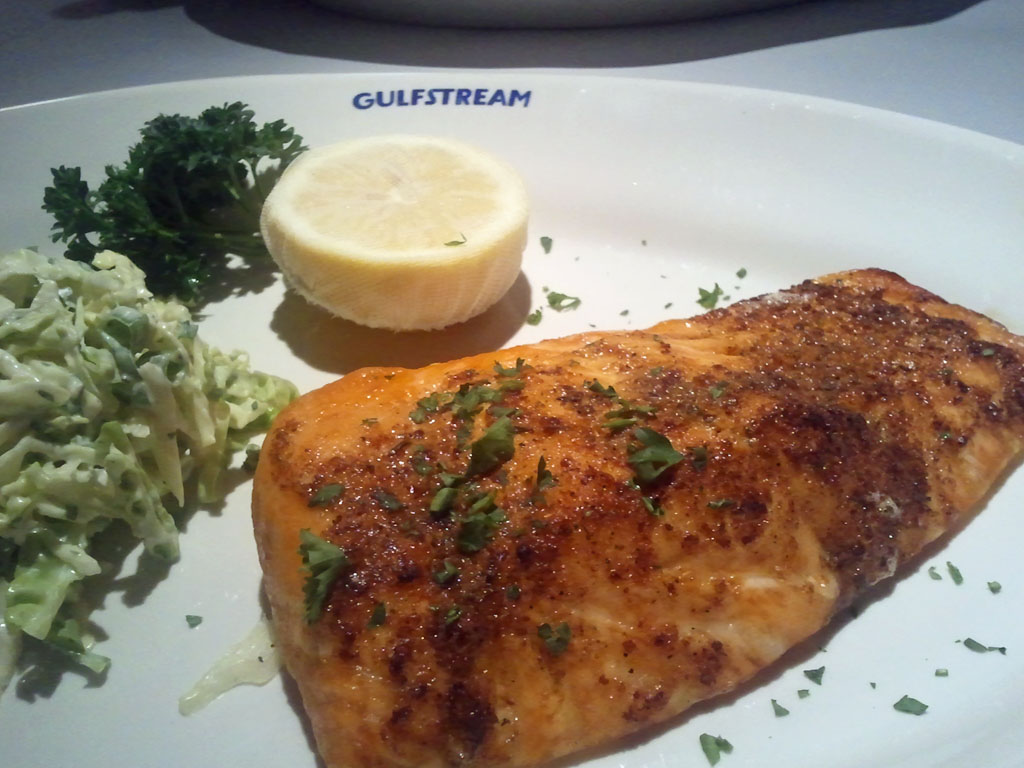 Across the way from Houston’s in Century City, is another upscale restaurant owned by the same chain called Gulfstream for seafood. On our way to the movies, we decided to checkout this place.

The setup looks a lot like Houston’s with an open kitchen for everyone to see, and raised booths all around. One interesting difference was the white paper covering over the table cloths. This made me feel like I had to order crabs and break them with my bare hands.

To start, we got the heavenly biscuits, which come with butter and honey, and yes, they really are heavenly. Yummy.

My friend tried the Crab Cakes which I tried and liked but I’m not a big crab cakes guy. It also comes with coleslaw which I don’t like. 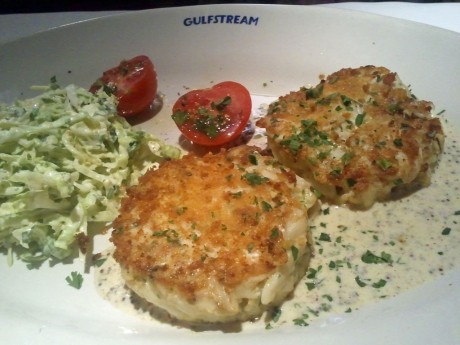 For myself, I was tempted to try their steak, but why come to a seafood place and order steak, right? So I resisted the temptation and ordered the Salmon. The salmon was perfectly prepared but slightly light on the seasoning for my taste. Also, unfortunately, it also comes with coleslaw. My friend liked the coleslaw but I didn’t like it but I’m definitely biased. 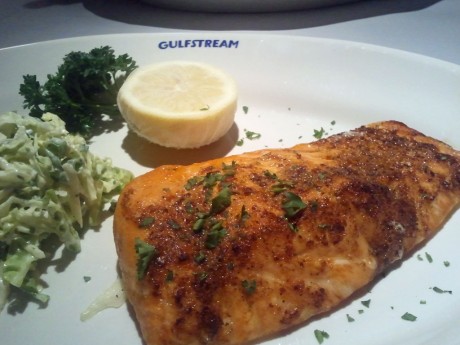 There are only 3 choices for desert so this isn’t the place to come for that. We tried the Hot Fudge Sundae which was on the house because it took a while to get.

The ambiance here is open and classy, and the service was good. My friend thought the waitress was overly attentive, and didn’t like the intense eye contact, but I liked it. It doesn’t hurt when the waitress is attractive either.  She’s no dummy. She knows who’s leaving the tip. Kudos to their hiring practice.

As for the food, it’s not spectacular but there was nothing to make me not want to return. I’m willing to give this place another try.