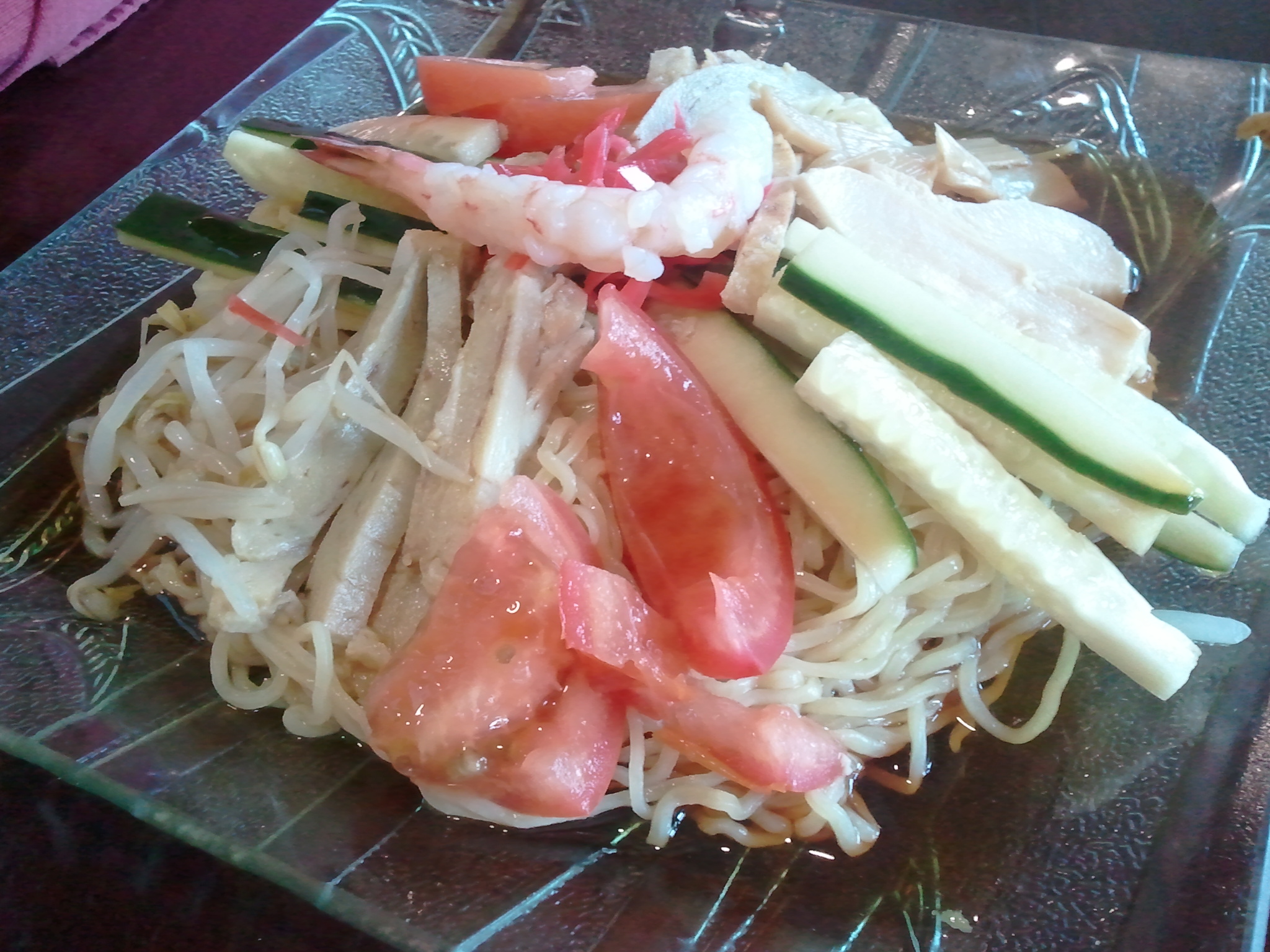 A tiny home-style Japanese restaurant named Tenryoan opened up in Westwood next to the Disney owned theater but I ignored it for a while thinking that it’s probably going to fail and shut down. Well, after a few months, it was still open so I decided to check it out.

The day I visited was very hot so I decided to get the Hiyashi Chuka. For those not familiar, this is a cold plate with ramen style noodles topped with vegetables and meat.

Interestingly, even though this place tries to look like a home-style place, this dish was far from traditional home style. Almost none of the topping they put is what would normally be on this dish. The noodle itself was okay but otherwise, I did not like the strange mixture of toppings. However, keep in mind that I was expecting a more traditional version.

Next, I got some Nigiri Sushi to see how their sushi was. Although the freshness was acceptable, some of the fish was cut too thick, kind of reminding me of the ridiculously thick salmon at California Roll Factory.

Since this was just a quick trip, I’ll reserve final judgement on this place and will return at least one more time. However, my first trip was not memorable and I’m not in any hurry to return.

Update:
Since I wrote this review, I returned there one more time and they are closing as of November.