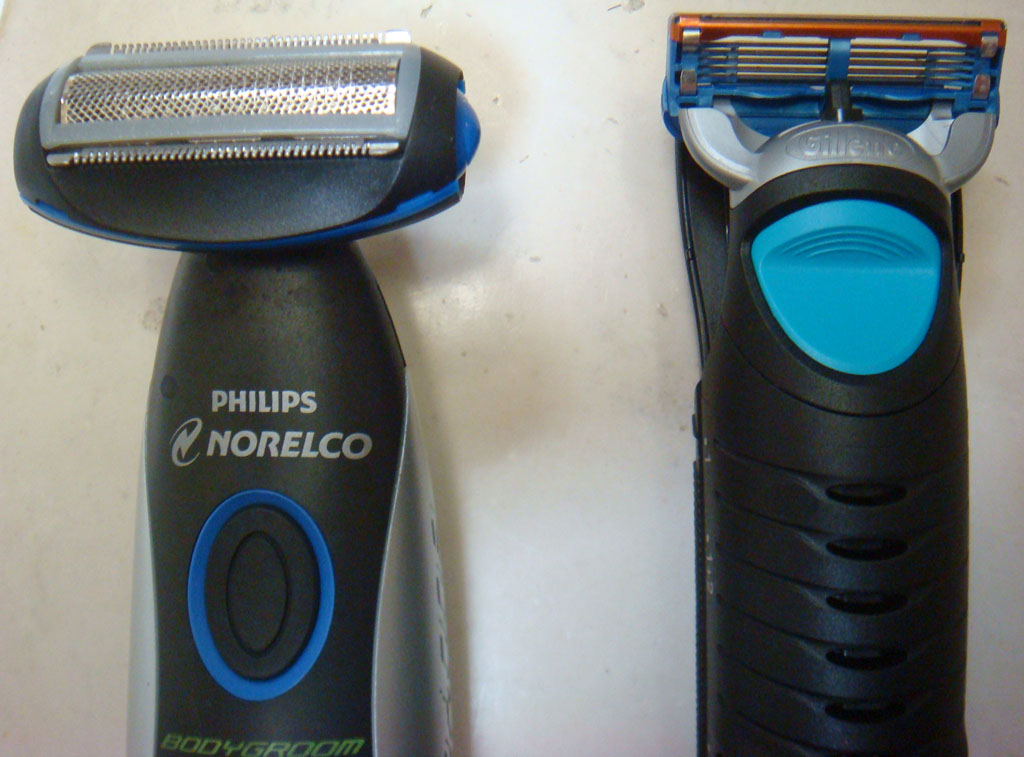 Readers of this blog know that I’ve been trying to get rid of body hair without much success. Since the laser was too painful for me, I’ve decided to go back to the old fashioned methods of shaving.

In trying to find the best body shaver for me, I picked 2 popular ones. Shown below are the contenders: Norelco Bodygroom Men’s Total Body Grooming System (left – $40 at Best Buy) and Braun Cruzer 5 Body Cruzer 5 Body Shaver (right – $60, $50 on Amazon). Both can be used in the shower and on your body. 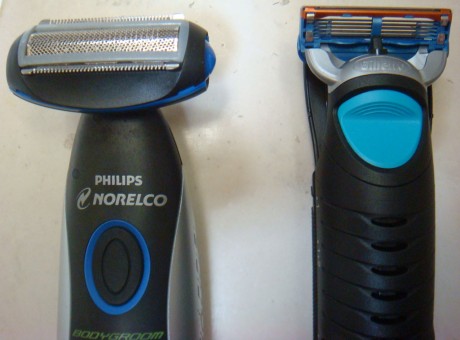 As you can see below, the Norelco has 2 trimmers with a flat shaver in the middle. The trimmers are okay but the flat shaver really works well and is the best part of this shaver. 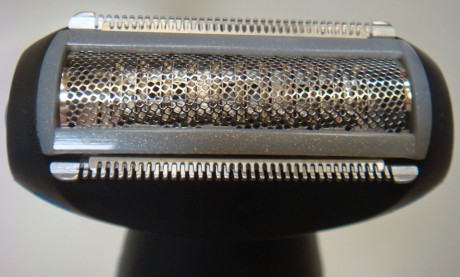 Shown below is the top of the Braun shaver. As you can see, the bottom is the trimmer and the top is a traditional multi-blade razor that can be adjusted up or down. The razor is actually the Gillette Fusion, which sells for about $15 on Amazon. In the down position, it does not get used. In the middle position, both the trimmer and the razor are used simultaneously, saving time. In the up position, you can just use the razor without the trimmer.

For body hair of short length, using the trimmer and razor together works best. 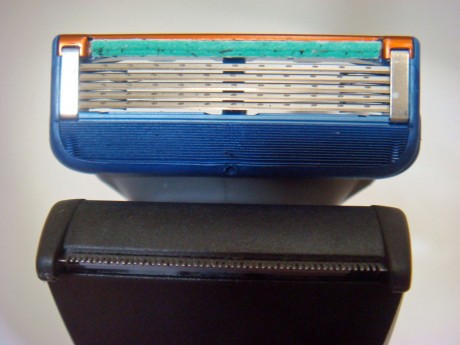 Shown below is the Braun power button and the LED indicating when it’s being charged. The Norelco does not have an indicator when being charged. 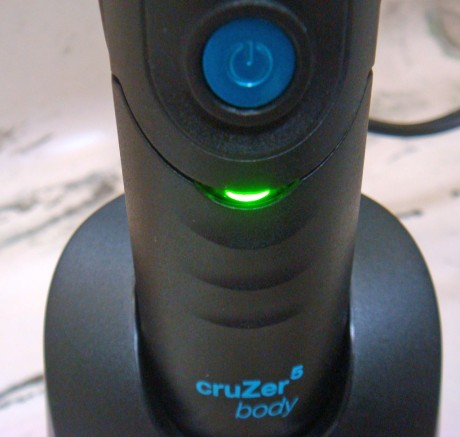 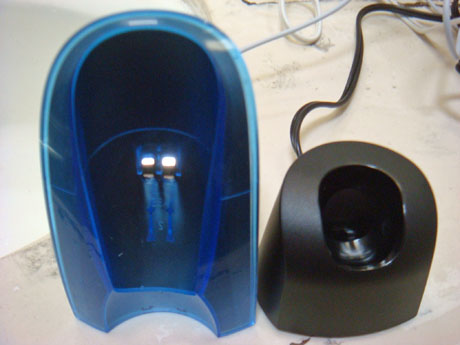 After a few months of testing, I’ve come to the following conclusion. Generally, the Braun is a much better designed product. The Norelco retains water inside the head and will leak out and would not be good for traveling, along with all the other design flaws this has.

Basically, it’s a no-brainer in picking which is better. The Braun wins except for one small difference. The flat shaver on the Norelco does work well. This is no different from any other regular flat electric shaver but the Braun does not have it. It only has the trimmer and a traditional razor.

So for now, I’m using the Braun but sometimes I’ll use the Norelco if I really need to be smooth. But if I had to choose only one, the Braun wins hands down.

Update 9/2012:
After all these months, I just noticed that if you put the Braun onto the charger without turning it off, it will automatically turn off. Nice feature.