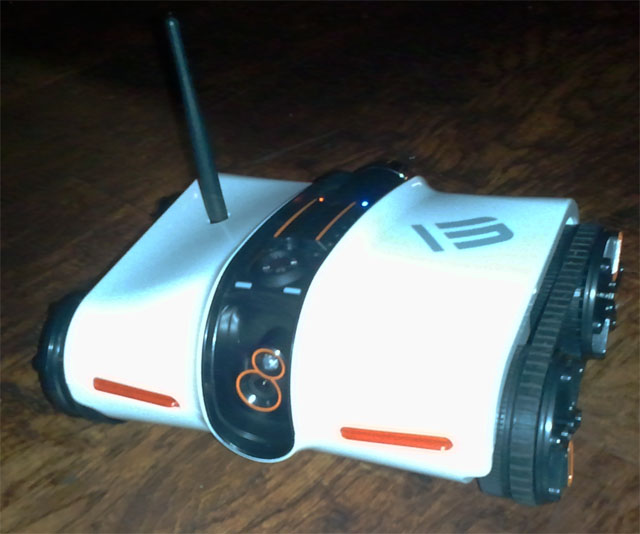 Brookstone has a new cool gadget that a friend of mine bought. It’s a remote control wireless tank with a built in camera. They are calling it the “Rover Spy Tank.” Nothing new about a remote control tank but this one is controlled by your iPod, iPhone or iPad and you can see what the tank is seeing on the screen. Very cool.

When they call it “spy,” they aren’t kidding. Not only does it have video, it has audio, can take still pictures and has IR for night vision. Why didn’t they have this thing when I was a kid, or even in college? I would have had so much fun with it. It’s like something out of one of those “Nerd” movies. Of course, I’d probably would have been expelled from school.

Unfortunately, the app on the iPhone seemed to get locked up sometimes and I would have to close the app and re-start it to get it work again. I’m sure they’ll have an update soon for that. You wouldn’t want your Spy Tank to get stuck in the girls’ locker room.