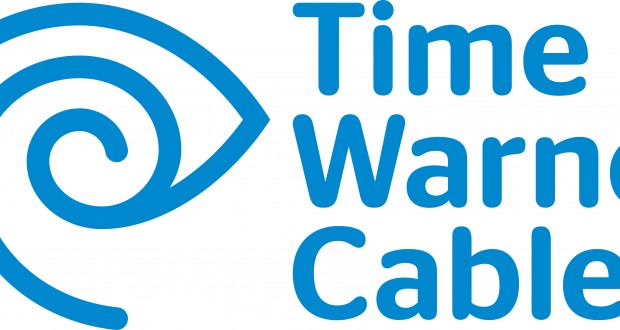 After downloading the must have apps for my new iPad, I started looking around for other iPad apps to download. Since I’m with Time Warner Cable, I downloaded the TWC TV app, which allows you to watch Time Warner cable channels on your iPad.

The app is very simple to use. The first time you use it, you must register online and it’s probably easier to do on your computer. Once you have logged in with your app, you can watch the show in full screen and scroll through the channels on the left side of the screen.Unfortunately, local stations (like the local ABC, NBC and CBS) are not available. But all the other cable channels are there. 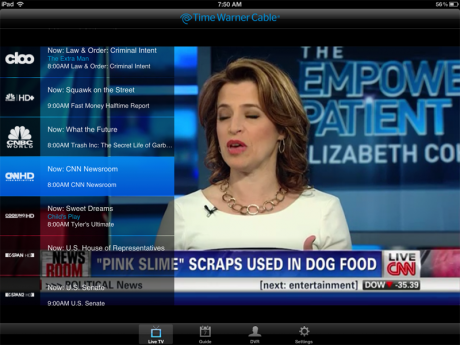 When I played around with the app a little, I noticed a bug which caused the TV image to become cut-off. Once it gets in this mode, you cannot fix it without having to close the app and re-open it again. I wasn’t able to figure out exactly what was causing it but going through the channels and swiping left and right to get rid of the channel list is probably what causes it. 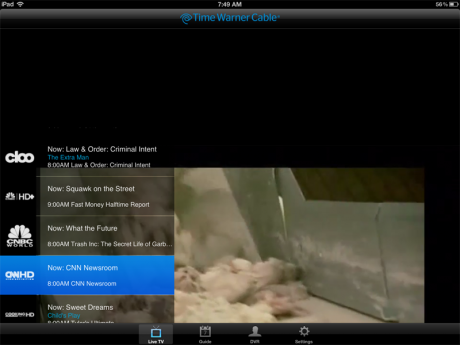 Next, I tried to get the guide, and got the following pop-up error message. 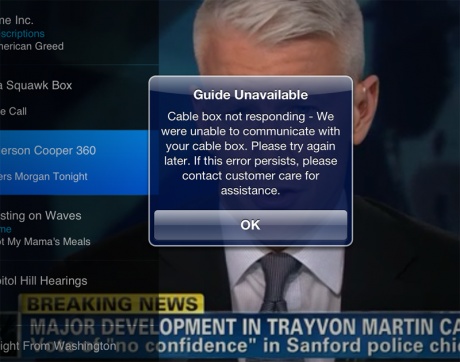 To save time, I used the Time Warner website which has a live chat support feature, the support person told me that I needed to get a new cable box that had “DOCSIS3.” Unfortunately, the TM website does not list phone numbers for their local office so I just drove there blind. When I got there, nobody there knew what a “DOCSIS3” was but they did give me a new box.

When I got home and plugged in the new box, I could not get it to work at all. Once again, when I contacted TM via live chat, they scheduled a guy to come out to look at it in a few days. In the mean time, I didn’t have cable and I was jonesing for TV all night.

Before the guy came out, they called me first to confirm my appointment that was made via chat, then on the day of the appointment, once again to make sure that I was sitting at home picking my nose. The cable guy brought his Panasonic Touchbook (which is an expensive water resistant laptop that you can drop) and made my new box work. 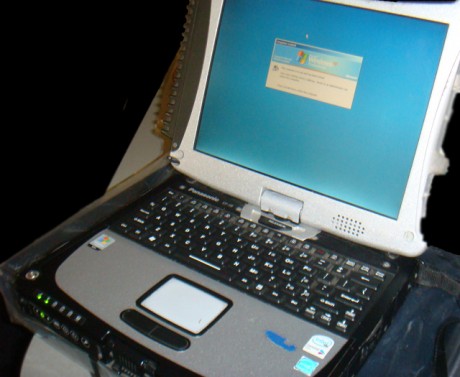 Unfortunately, the box that I got was not compatible with the iPad app, and told me that I needed the “DCX 3400 Moca Box.” I asked him if he could give me the secret phone number for the local office and he claimed that they don’t even give that out to him. I’m not sure I believe that but I’m sure he doesn’t want to get fired for giving out the number.

So back to the local office I went for the “Moca” box, which they were glad to give me when I arrived. As you can see below, the box does indeed have the “Moca” label on the back.

It only took minutes to get the “Moca” box to show TV but the cable guy told me that it might take 24 to 48 hours before the iPad app would work. I didn’t believe him so I tried it right away and sure enough, just like he said, it did not work.

After waiting more than 24 hours, I tried it again, and lo and behold, as you can see below, it worked. The image below shows the guide which allows you to see all the available channels and the programming for each, just like on your DVR.

You can not only watch shows on your iPad, you can also change the channel on your TV from your iPad app instead of using your DVR remote. If you think for a second, this is about as indirect as you can get to change your channel. Your iPad sends out a packet over WiFi to the Internet to the Time Warner server somewhere. The server then sends a command to your DVR over the physical cable lines and makes your DVR change channels. Wow. It’s like talking to a guy in the same room, using your cell phone. 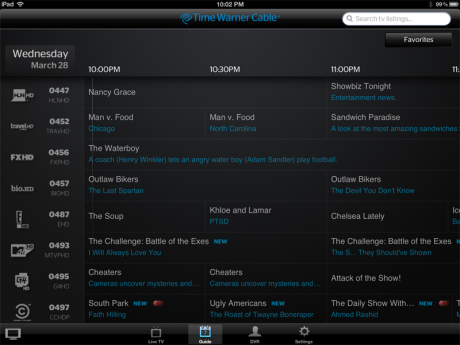 You can also do simple searches on the guide and look for words like “poker”, as shown below. Typing on the iPad’s on-screen keyboard is a lot faster than trying to select letters using your DVR remote control. From there, you can get more information on the show. 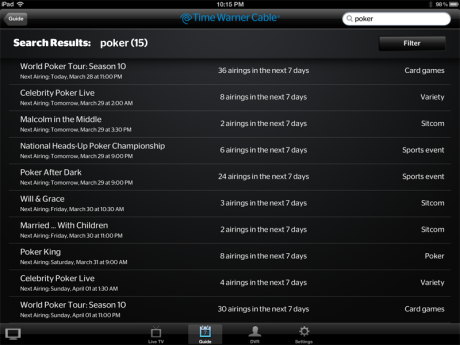 You can also set your DVR to record a program, set series recording and even change existing settings on your DVR. If nothing else, this feature should make you want to download this app. How many times have you been somewhere and wanted to record something on your home DVR but couldn’t? Problem solved.

Another side benefit to getting the “Moca” version of the DVR is that you can re-start a TV show after you have missed the beginning. This has nothing to do with the iPad app, but just a feature on your DVR. This feature is not available on all channels, and only on the more popular ones. In fact, some of the channels even allow you to go back many days, or even play other shows on that channel.

When this feature is selected, you get a pop-up menu as sown below that allows this feature to be used. However, when you are using this feature, you cannot fast forward at all so you will not be able to skip over commercials. That’s how they get you. 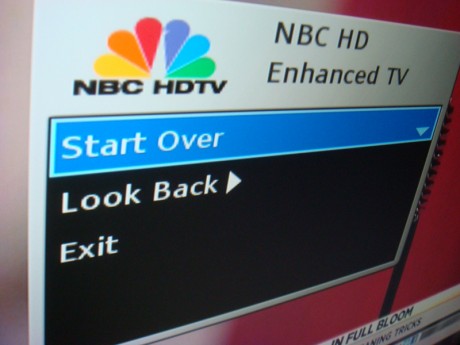 On yet another side note, Time Warner also has an Android app but you cannot view TV shows unless you have Android 4.0, which I don’t yet. However, you can use your phone to program your DVR. Nice.

How often do I watch TV on my iPad? Not very often. But it’s nice that I can watch it in any room and theoretically, anywhere in the world. What’s more useful for me is the ability to check my DVR upcoming recordings and adding shows for the DVR to record from my iPad or my phone. That’s more useful to me than actually watching the shows on my iPad.