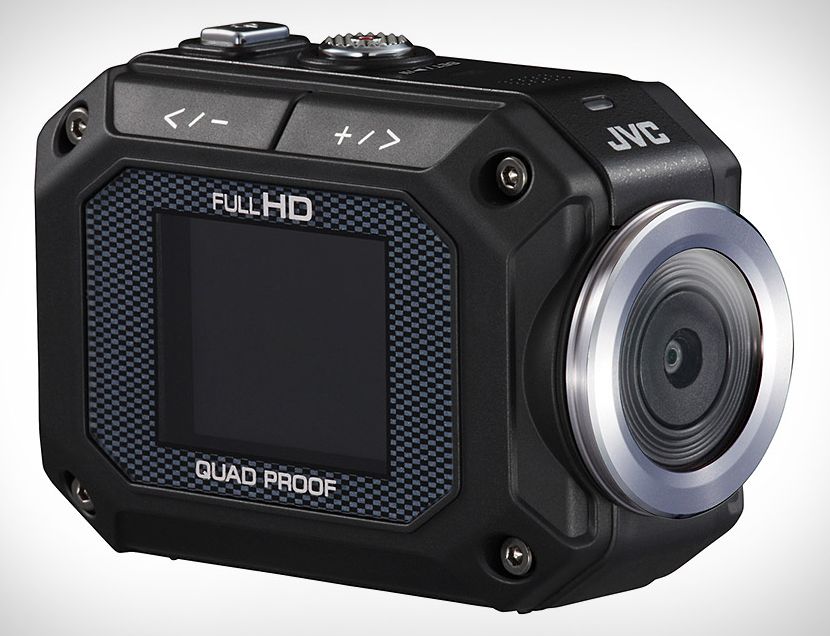 With the GoPro HD becoming increasing popular for sports videographers, other companies are wanting to get a piece of the action. Sony recently announced their version recently and now JVC has decided that it’s about time for them to enter the arena with their new JVC Adixxion. Yes, there’s 2 “X”s in the name. I guess that’s to show how eXXtreme it is.

As you can see below, the camcorder has a built in LCD but that’s just the beginning.

The unit is waterproof to 16.4 feet (without a case like GoPro), takes 5MP stills, shockproof and can be dropped from up to 6 feet. One of the best features is a built in WiFi that allows you to see live video on your smartphone. This is a really great feature. One of the options you can get is a side mounted goggles as shown below.

Pricing will be around $350 but the actual release date has not been announced yet. This will be a very good match-up to the GoPro HD which requires an option for a LCD viewer and a separate waterproof case.