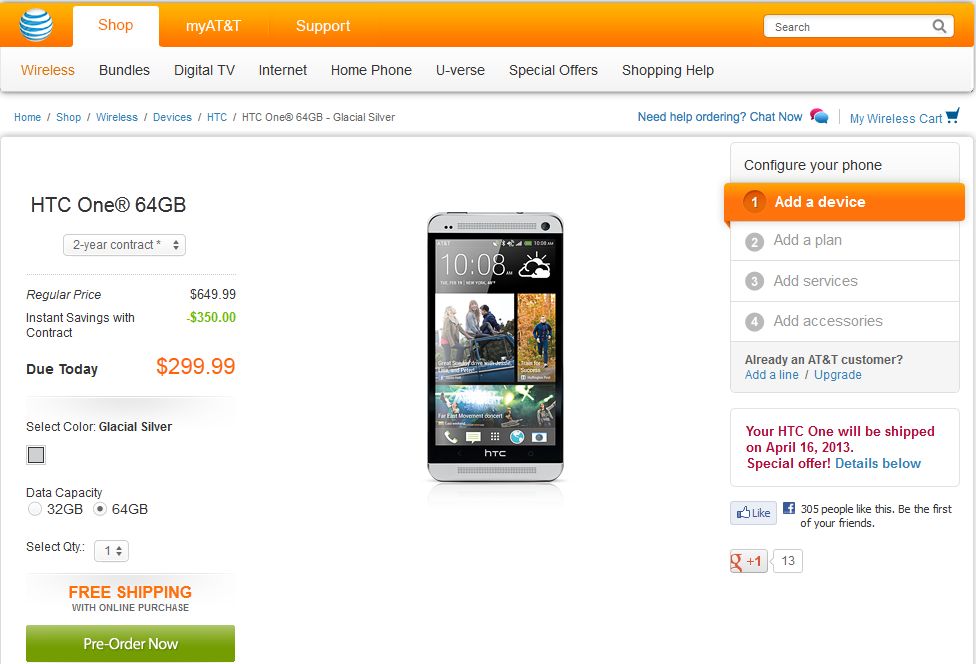 According to AT&T’s website, they have started shipping the HTC One with 64GB of memory (AT&T exclusive) starting today, April 16.

HTC has been touting their new flagship phone for a while now and frankly, if this model doesn’t do it for them, it might be game over for them in the smartphone marketplace. They claim they’ve been working on this phone for 2 years. It’s going to go head-to-head against the Samsung Galaxy S4, which will also becoming out without the next few weeks.