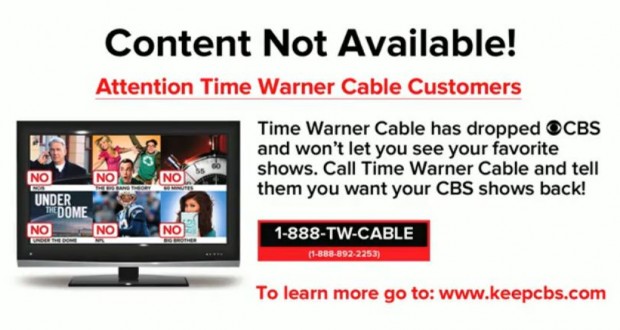 CBS and Time Warner Cable can’t agree on pricing, thereby causing TWC to turn off CBS, KTLA and Showtime from TWC viewers. If that’s not bad enough, CBS has decided to block TWC broadband users from being able to view cbs.com videos.

Hold on a minute. TWC does not pay CBS for accessing cbs.com. It’s free. I understand the TV channels being blocked because of the negotiations breaking down. So why is it blocked?

The answer is simple: Because they can. And nobody is going to stop them. That’s why. That’s what big companies do.

I don’t blame CBS or TWC for any of it. CBS wants to make more money. TWC wants to at least look like they don’t want to raise prices. So here we are.

Who do I blame? I blame the FCC. The FCC allowed Comcast to buy the rest of NBC earlier this year. What happens if Comcast decides that nbc.com should be blocked from TWC broadband users because TWC is their competitor? Is that going to be okay with the FCC? Probably.

It’s one thing to take away our jobs, homes, or even our privacy. But don’t fuck with our TV programming or Internet access. Things are getting close to the boiling point where people will start to gather some mega-force on social media.

But who should we contact? Our representatives in Congress? What a joke. How about the FCC chairman? There isn’t one. The Senate won’t confirm Obama’s nomination.

In the end, the consumer will pay more money. Isn’t that how it always ends? We always get it in the ass in the end. 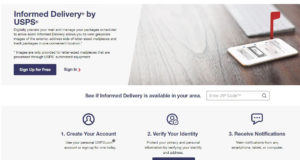