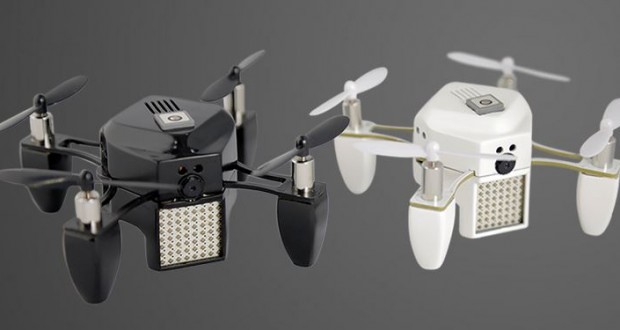 As prices for 3D printers keep coming down, the same pattern seems to be going on with drones. After the last Kickstarter drone which was at $1,200 (not including GoPro), now comes a “nano” drone made for selfies for only $187, including the build in camcorder.

What’s cool about this one, other than its size and price is that it comes with a LED light box, which can give you status information and also light your subject. Their website says that they will try to put a fish-eye lens version of the camcorder in their production version but it is not a certainty. Also, the camera is not on a gimbal like the more expensive models so I’m not sure how it will work when asked to point to a particular subject. For now, it seems more like a toy than a real video drone.