On December 2, 2015, my HP Desktop   rebooted after downloading an update to Windows 10. After the reboot, the screen resolution was incorrect. I’ve had similar problems in the past and it went away after rebooting again so I tried that. Unfortunately, this time, it didn’t go away. When I tried to use the normal way to change the resolution, the correct screen resolution was not listed as one of the options.

To fix this problem, I had to bring up the NVIDIA control panel. To launch it, type “control panel” in the Windows search box. Launch the Control Panel, then click on “Appearance and Personalization.” Click the “NVIDIA Control Panel” at the bottom of this screen (see below).

Unclick the box labeled “Show only TV resolutions” (see below).  This will cause the screen list to include higher resolutions available. 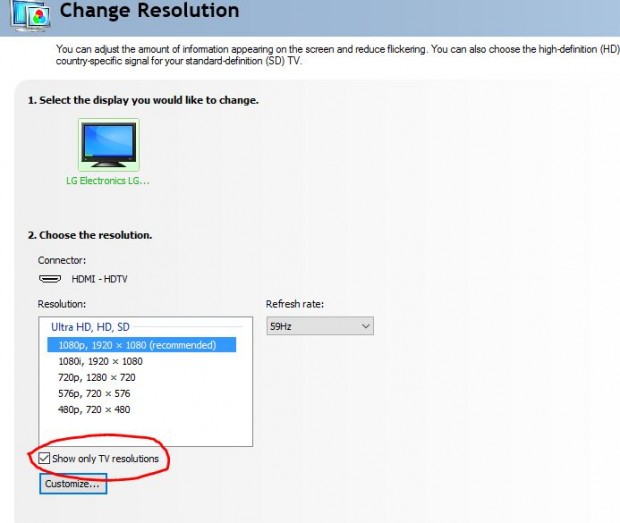 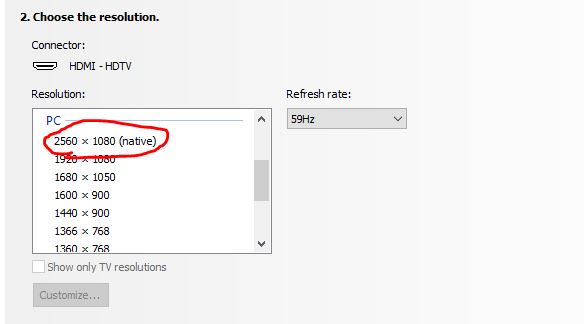 Yet another example of why Windows 10 doesn’t seem to be ready for prime time.

2015-12-04
cochinoman
Previous: Spend Bitcoin Using Your Shift Visa Debit Card
Next: How To Setup Your Amazon Account For 2 Step Verification