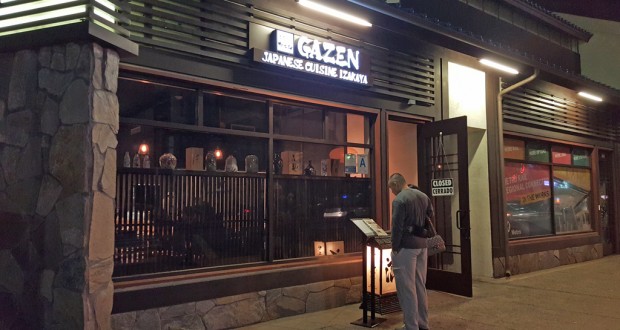 Gazen Izakaya is apparently a chain of upscale authentic Japanese restaurants in several locations, including this one in Little Tokyo, Los Angeles. I’ve started going here the day it opened back in late 2015 or early 2016. When they first opened, the sushi was sometimes not prepared properly, depending on the chef that was working. But I’ve noticed similar problems at other places so I kept going and things got much better.

Shown below are some of their nigiri sushi combinations that you can get. There are 4 sushi “sets” ranging in price from $18 to $28.50. 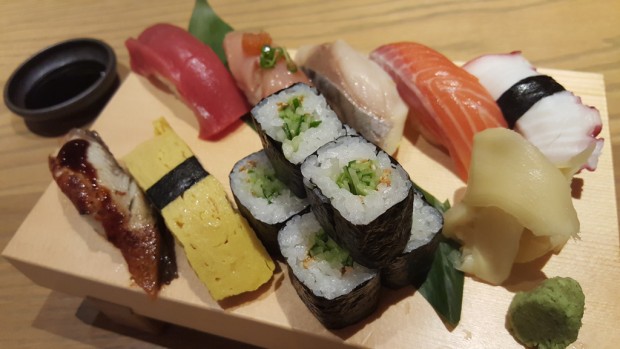 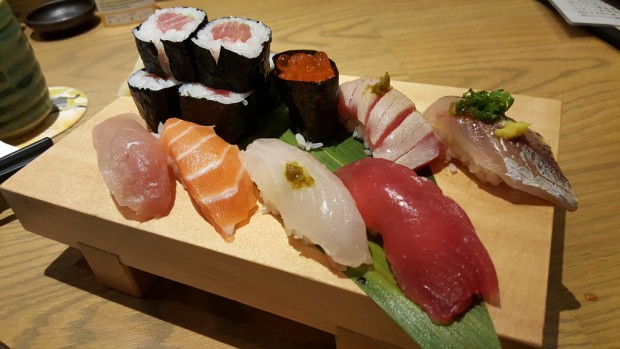 The item below was some type of special they had but I think it’s similar to the Washu-Gyu NY Steak ($26) on the menu.

Shown below are 2 examples of their special appetizer samplers. As you can see, the items can be very different depending on the day you go. 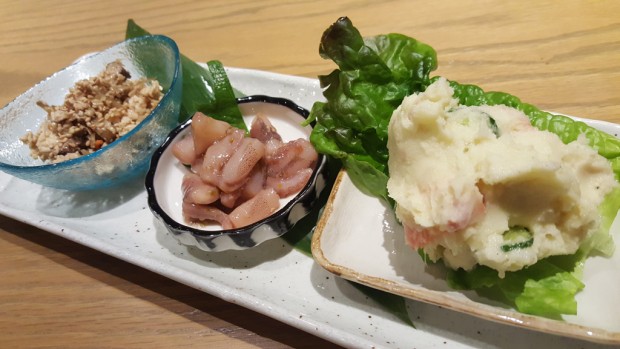 On the daily specials, you can also get a Ochazuke made with different items. The one below is made with salmon and ikura on top.

After the improvements, I can recommend the food here as authentic, prepared properly, and delicious. I’ve not tried their steamed Shabu Shabu, but have tried just about everything else with good results.

Unfortunately, on my last trip, I waited an hour for my order and the waitress claimed they accidentally gave my food to somebody else. I think they just forgot to put in the order. In any case, it was not handled properly and I ended up paying for food that I never received. I’ve not returned since but I’ll probably eventually return when I think the waitress is probably no longer working there.