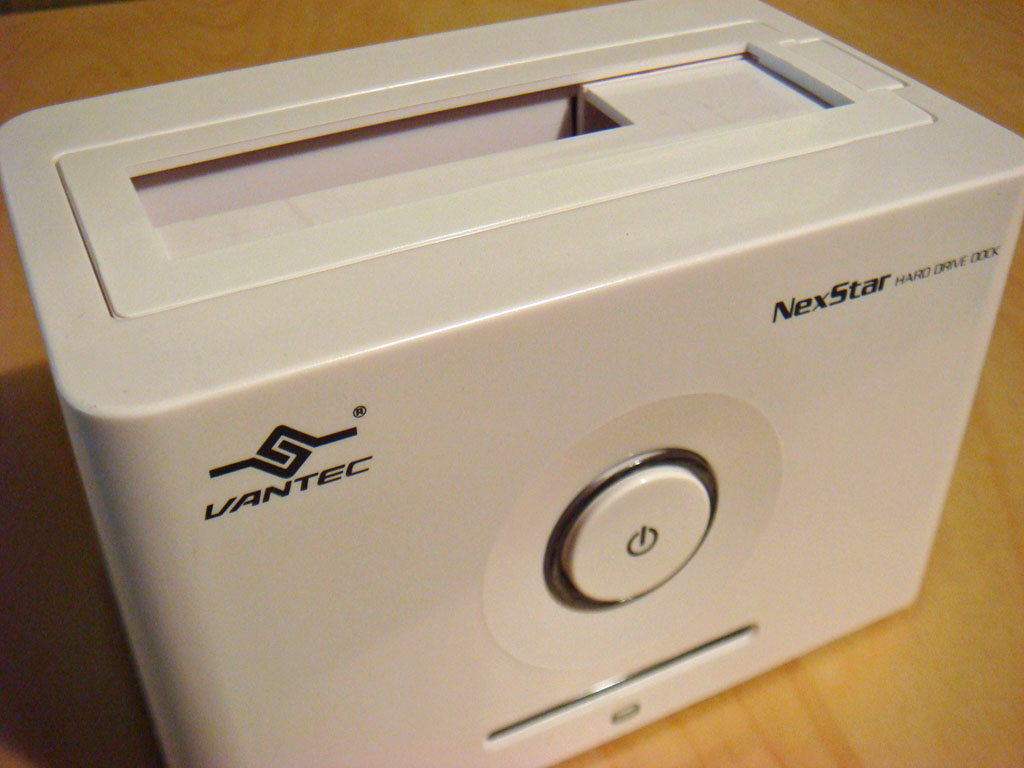 When my old HP desktop’s motherboard crapped out on me, I had to figure out a way to move all the data from the SATA drive over to my new HP computer.  If my old computer was working, I could just use the Vista transfer program to move everything over.  But since the old computer is dead, I can’t do that.

The easiest way to do this is to get a SATA to USB2.0/eSata converter, and of course, to get something like that, you just go to your local Fry’s.  What I found there was the Vantec NexStar Hard Drive Dock (MSRP $39.99).

This docking station will accept both 2.5″ and 3.5″ SATA drives (click on picture below). According to the Vantec website, their new version also has Firewire, but the one I got doesn’t have that connector.  Their specs say that you can get transfer rates Up to 480Mbps with USB 2.0 and transfer rates Up to 3Gb/s with eSATA. I didn’t actually do any testing of the speeds that I got with it.

On my first use, for some reason, I could only see one of the partitions on the drive, but when I tried it again later with another computer, I was able to see both partitions. I don’t know what caused this difference, but I suspect that it may have been caused by a NAS drive being mapped over the drive.

Otherwise, I didn’t have any problems with this docking station and it looks great on my desk, and I’m very happy with it. 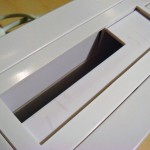 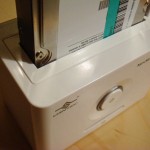 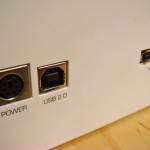