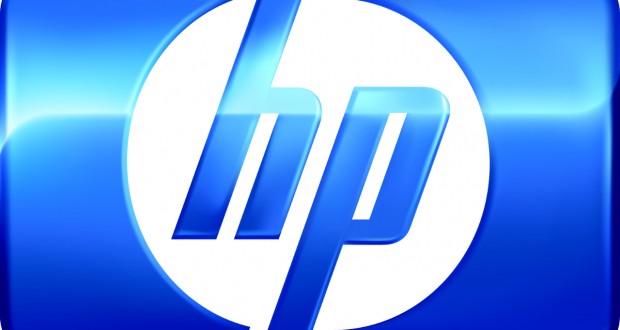 My Love/Hate Relationship with HP

Let me start off by saying that I learned to program computers on an old HP mini computer. My first programmable calculator was an HP. My first laser printer was an HP. A good friend of mine from high school graduated from Caltech, then went to work for HP.

So, when it was time for me to buy a new laptop computer back 2003, it was a no brainer for me. I went to my local Best Buy and looked at their choice of laptops and decided to go ahead with my purchase of the HP Pavilion ze5470us because I wanted a powerful CPU and didn’t care about size or battery life.

Although it was an expensive ($1,800), bulky and very hot running notebook, I didn’t mind it because it was relatively fast (at the time). But after about 6 months, I noticed that when the unit got hot, the LCD screen would start to flicker in a strange way. It was one of those things that wasn’t bad enough to take in for repair but was annoying.

After a few more months, the problem became worse and I had to take it to Best Buy for repair. Luckily, I bought the extended service plan thinking that notebooks are fragile. Unfortunately, it took one week to send to the repair shop, one week for them to look at it, and one week for them to ship it back. When it came back, they said nothing was wrong.

To make matters worse, there didn’t seem to be any communications between the Geek Squad (the Best Buy in house repair guys) and the out sourced company that was actually doing the fixing. I took the notebook back home and suffered with the problem for several more months.  Eventually, I figured out that the computer must be on for about 4 hours before it was hot enough for the failure to occur.  I took it back to the Geek boys at Best Buy and told them that it was a heat related problem, but only after a few hours.

This story is getting boring and long, so I’ll just get to the point. I sent the unit back 6 times. 2 of the times, they were not able to figure it out. In that time, they replaced the LCD, the LCD circuitry, the keyboard, and the hard drive. Pretty much, they replaced everything except the motherboard.

During this period, I got sick of not having a notebook so I bought a Toshiba notebook. It worked perfectly and I still use it to this day. When the HP finally broke down again, Best Buy told me I could get a new notebook that was the same price or less. I decided to get another Toshiba. I’ve been happy with both. 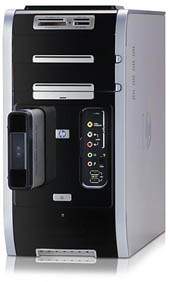 Now, you’d think that I would learn my lesson with HP. No way. When I needed a new desktop in 2004, I went back to Best Buy and got the HP Media Center PC m1070n. I took it out of the box, booted it up, and after about 40 minutes, the mouse would freeze. After 2 more tries, I took it back to Best Buy. To their credit, they gave me a brand new one without asking any questions.

Next, I bought an external hard drive that plugs into the desktop directly from HP. When I plugged it in, there was no power. Upon opening the unit, I discovered that the power cable, as well as the data cable to the second CD player were not plugged in. Luckily, I’ve built PCs from scratch so I knew where all the cables should plug in, and everything worked fine thereafter.

For fun, I decided to call the HP support 800 number to see if they would be able to talk me through pluggin the cables in. The call was directed to a support person in India who was obviously reading scripts from his computer screen. He was not able to help me and the engineer who could, was not available. They told me they would call me back but never did.

Not learning a damn thing, I bought a HP psc 2510 printer/scanner/FAX machine about the same time. Fortunately, that has been working flawlessly to this day. I guess HP still knows how to make printers.

On a side note, the HP LCD that I got with the desktop blew out it’s power supply about one year after I got it. I replaced it with a Sumsung LCD which has been working very nicely to this day. I do like my HP Media Center though. It has slots for just about every memory card you can think of, including the ones that go into my Canon digital camera and my LG cell phone. The video inputs on the front behind a cover is nice too.

So will I get another HP? I don’t think so. But I’ve been looking at the new Vista loaded HP desktops and they look pretty. But I’d be a moron to get another one.

I do recommend their printers though.