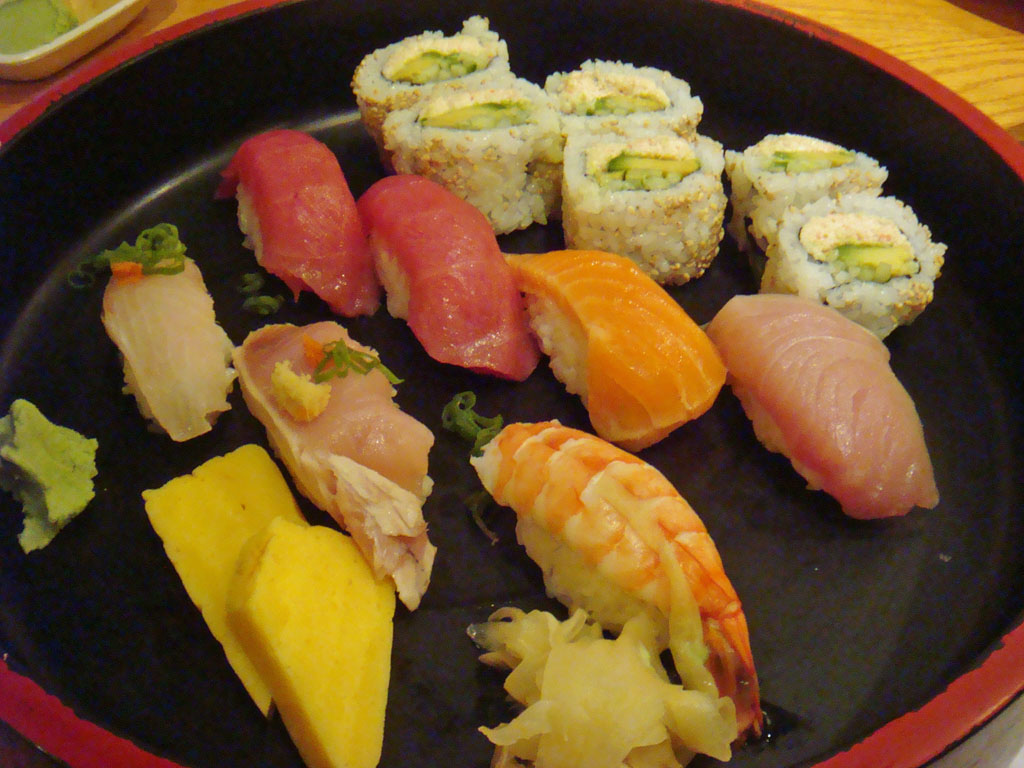 It was once again time to check out another sushi place I’ve never been to. My friend suggested we try Teru in Studio City since neither one of us had gone there. As with other restaurants in this area, parking is in limited supply and valet parking is required.

The building almost looks like a fake sushi place from a Hollywood movie lot at Universal. Although the inside is very narrow and long, they’ve really squeezed a ton of seats into a very limited space.  The service is good and the atmosphere is okay.

That’s about where the good news ends.

We ordered Crab cakes ($13) which were okay, and my friend ordered the Crunchy Roll ($10), which he declared was not the best he’s had. 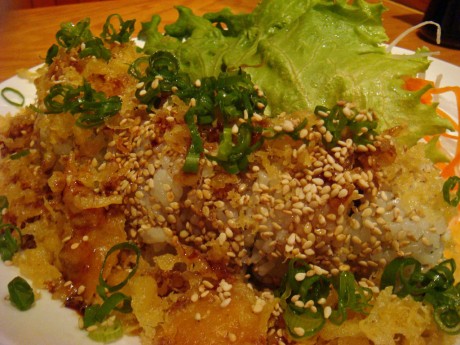 Of course, I had to get the Sushi Combination ($21) and green tea ($1.25). The fact the green tea is not free should already clue you in to what I thought about the sushi combination. The quality was marginal at best, and the roll was below restaurant level, just slightly above Ralphs level. 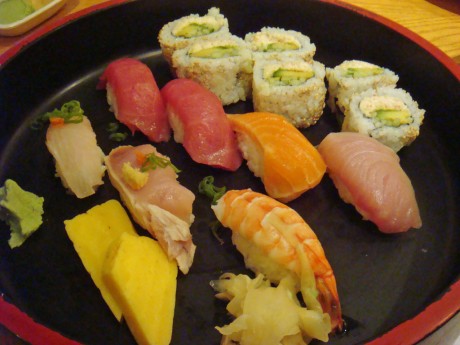 Next time, I think I’ll just call ahead and see if their green tea is free or not.