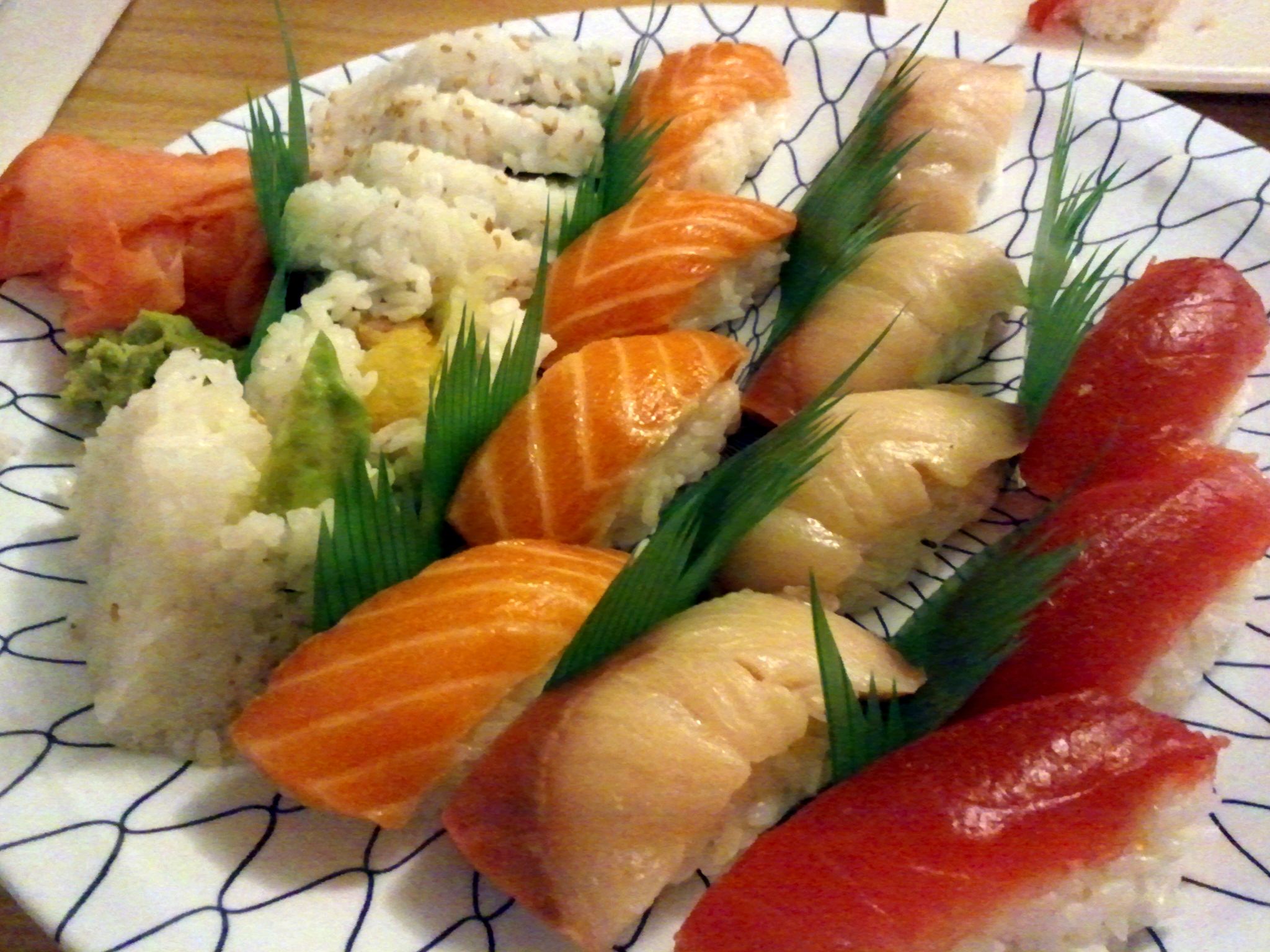 While in Northridge, we were driving around to see where we could get some grubs and came across Kabuki Sushi in a strip mall. At first, I thought it was part of the Kabuki chain, but even before entering, I could tell that it was too small and Mom & Pop-ish to be part of the chain.

It’s surprising that the Kabuki chain hasn’t sent these people a cease and desist order since there’s definitely confusion created by the same name, and even a very similar logo. It appears that there’s a deliberate attempt by this place to confuse prospective customers. Of course, it’s possible that this small place was first and they just haven’t bothered to sue the chain.

I’ve been to plenty of tiny sushi places that turned out to be a gem so I was not deterred by it’s looks. Since it’s tiny, we did have to wait a few minutes to be seated. We were seated in a booth and served by what I would describe as probably a family member or at least somebody that’s not worried about getting fired. Don’t get me wrong. She was nice enough. Just not somebody that seemed to be worried about their tip.

To get us started, we ordered some Edamame which was over cooked and almost inedible. This was certainly a bad start because any restaurant that would serve that can’t have anybody in the back that is doing some quality control. The only good thing was the waitress talked us out of ordering the large edamame and told us we should get the small. I guess she knew we wouldn’t like it.

Not deterred by the edamame, and starving, we continued our quest. Instead of my usual ordering technique, I decided to order a bunch of stuff a la carte as shown below.

The sushi was acceptable and fresh but nothing to write home about or go out of your way for. I wanted to find a small hidden diamond, but instead found a forgettable lump of coal sushi place. If you get the chance, skip this place.