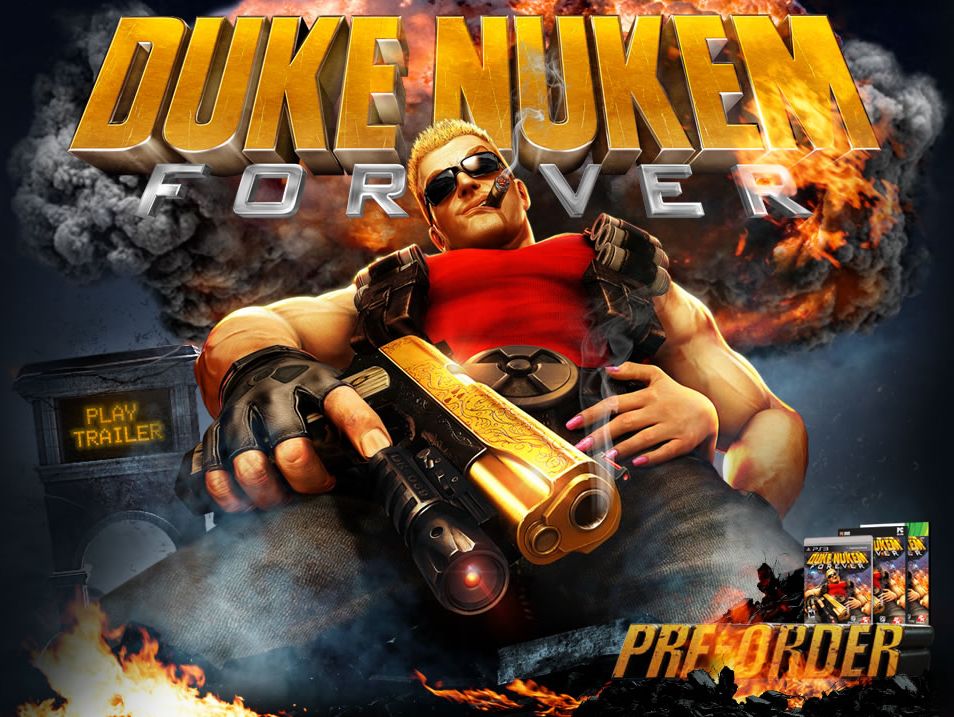 Since being first announced in 1997, this sequel has been delayed for many years. In fact, the original release date was May 2011, which was again pushed back to June back in March.

Duke Nukem and “The Legend of Zelda: Ocarina of Time” are 2 of my all time favorite games, for different reasons. Although this new Duke is getting really bad reviews, I’m still going to get it anyway for nostalgic reasons, and because it’s rated M (Mature 17+) and it has babes and a strip club scene. That’s why I got GTA4, and that’s why I’m getting “Forever.”

Checkout this video to see some of the babes in the game.