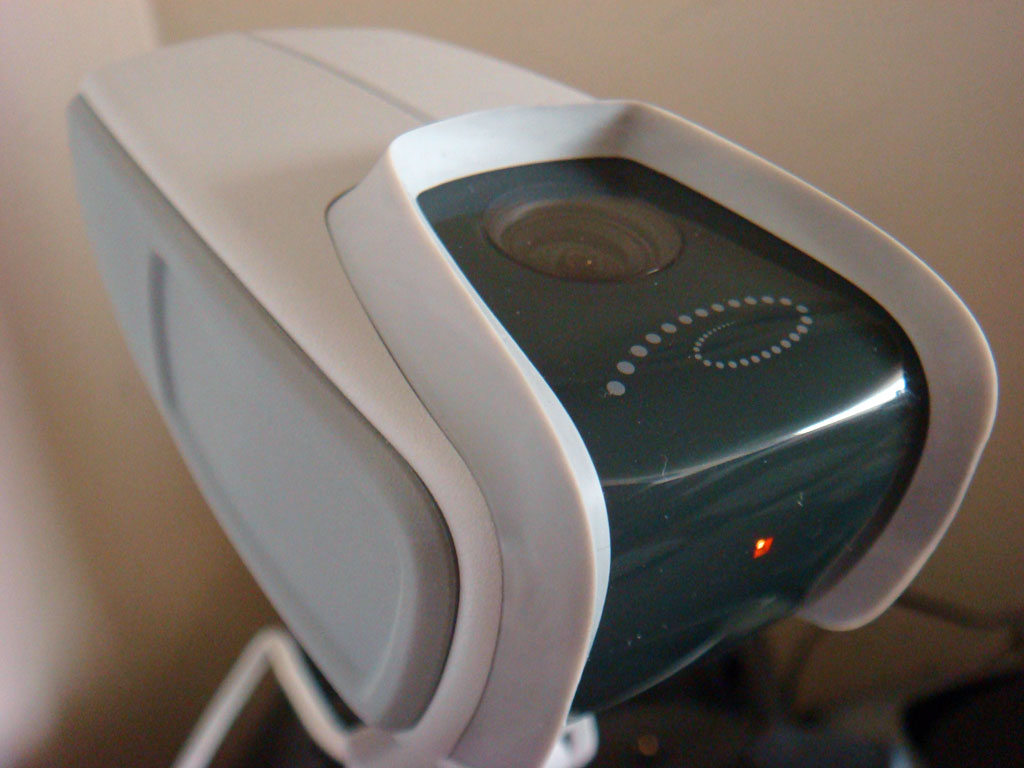 As I mentioned before, I’m upgrading my security system at my place, first with a new electronic lock, and next I wanted a video monitoring system. There are different kinds of systems and the cheap ones require you to wire up your home with physical wires. That was not an option for me.

Most systems I looked at also required a DVR of some type that records the analogue video onto a hard drive which can be viewed later. The problem with that is you have to also have an alarm system with the video or by the time you realize there was a break-in, the only thing the video is good for is for the cops to review after the fact.

Even a paranoid guy like me has limits and having a full-blown alarm system and video system was more than I wanted or needed. The other problem with a DVR is that to do it properly, the DVR must be in a very safe location or it would be too easy to destroy or steal and that would totally defeat the purpose of having a DVR.

After some digging, I came across the Archerfish Solo video monitoring system which is a stand-alone unit that uses standard WiFi instead of a proprietary wireless system like many other systems. Moreover, the video is sent to a server at Archerfish so there is no need to worry about maintaining a DVR or protecting it from destruction.

The MSRP for this unit is $349 and comes with one 2GB MicroSD card for storing the video. As you can see below, compared to industrial security video cameras, it’s not big but compared to home monitoring systems, it’s on the larger side.

The device has all the smarts built into the stand-alone camera unit, including the firmware that allows the unit to be programmed via WiFi over the Internet. Not only that but you can tell the unit to look only in certain areas of the screen, and look for people, vehicles, or any motion.

The brains to distinguish between people and vehicles is Solo’s selling point since many people have this unit mounted towards their driveway where cars may be coming and going all day. You can tell Solo to only alert you when you see a person coming to the house. 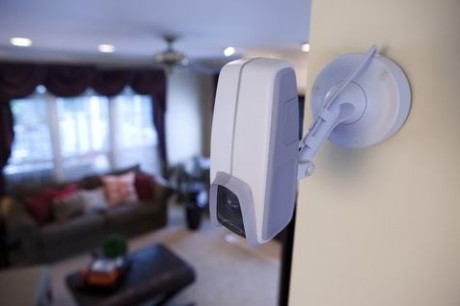 Although the WiFi connection can be wireless (or wired), the power cable does need to be connected to an AC outlet. Therefore, if you are mounting this outside, you will probably need to drill holes somewhere to get the power out there from inside the house.

So far, I was sold on this device and decided to get it before my long trip to Hawaii so that I could monitor my place via the Internet while I was gone. I wish I could report that hookup was a no brainer, but I can’t.

Once connected to the Internet, the instructions are to use your computer and browser to connect to the Archerfish website to setup your Solo device. One of the first indications that something was wrong was the still image that was shown was simply black with no image. Undeterred, I continued with the installation and got to the point where the firmware was to be upgraded via the Internet as shown below.

Unfortunately, even after leaving the download going overnight, it never finished. Next, I called Archerfish customer support and was told that my WiFi router was not compatible and I would have to buy a new one. No problem. You don’t have to ask me twice to buy new gadgets. So I went out and bought the new Linksys E2000 WiFi router the next day.

As I suspected, although my new router was much better than my old one, it had nothing to do with the download not working. Back to calling customer service, and although every person that I talked to was very friendly, nobody was able to help me other than to tell me that they would look into it from their server side and get back to me.

Days turned to weeks and I was starting to run out of time to install this unit before my trip. I called customer service again and was told that they were still looking into the problem. At this point, having the technical background that I have, I already knew that my unit was broken and needed to be replaced. However, they were not yet convinced of that at Archerfish and needed to do more “testing.”

One thing that bothered me was they would always tell me that they would either email me or call me to tell me the status and never did. Nothing. Not even to tell me nothing was going on.

Unfortunately, nothing was done before my trip and so I did not have any security by Internet while I was gone. Scary stuff for a paranoid guy like me.

After my trip, even though I no longer needed the product, I decided I was going to make this product work by hook or by crook and kept calling their customer service. Every time I called, I always got a very sympathetic and patient person on the line but nobody was able to help me. What seems to be the problem is the lack of diagnostic training. But I really can’t fault this little company too much for their lack of training since it was no worse than Dell or even HP, and those guys have a lot more money. It’s hard to get good help.

After over 8 weeks of calls and 135 hours and 18 seconds of talking to customer service (yes, I added up the numbers), I finally got them to agree that the unit was broken and they would send me out a new unit. Wow. This was a record for me with any gadget that I have ever bought in my life. They should have sent me a new unit the second day.

After getting the new unit, the new firmware downloaded in 10 minutes and everything was working within an hour. Of course, this is what should have happened months ago before my trip.

For the most part, everything works as advertised, with a few exceptions. Sometimes, I do not get alerted when a person is moving in front of the camera. I suspect this is either because it is too dark, the person is not at the correct angle, or they are moving too fast. In any case, this can be solved by changing the settings to alert me when anything is moving. Of course, if you have pets, this would not work properly.

Another little bug I noticed is shown below where when trying to create a video clip, I get an error that the clip cannot be created. I’m not sure but I think this is probably a firmware bug.

Also, I get a lot of “Poor Video” errors as shown below. Again, I’m not sure what is causing this and it doesn’t seem to be a problem most of the time. Only once did I get a low resolution video sent to me instead of the regular resolution video.

By the way, if you are thinking of getting this unit, I should note that the service where you get an email or SMS text with video is not free. There is a monthly $5 charge for this service. However, you get 3 months of this service for free when you get the unit.  If you don’t need to be alerted, there is no fee to be connected to their server.

Of course, I should have known that was going to be a lie and sure enough they started charging me already with no extension. I guess that was their parting kick to my groin after they had already kicked me to the ground.

I’ve switched to the Logitech Alert System and no longer use this unit. More on that next time.