Toyota has now released official pictures of the Prius C, and it looks exactly the same as the leaked Japanese brochure. The press release is touting 50 MPG city, and is almost 20 inches shorter than the original Prius. It’s slightly larger than the Toyota Yaris. 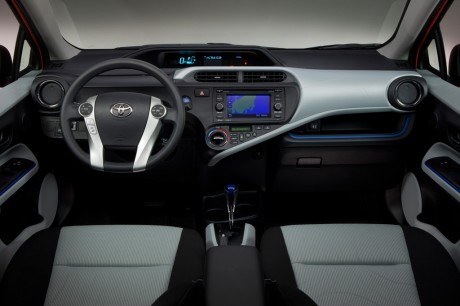 The informational panel is located in the center above the dashboard, the same as in the Prius V that I just took a look at. There are some similarities but the interior is not the same as the V.