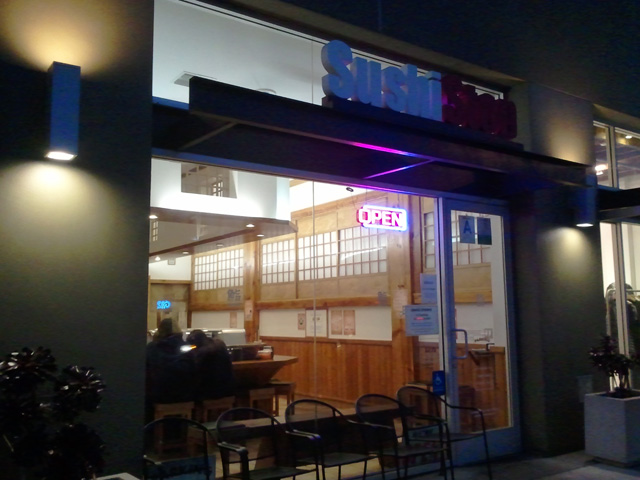 Since I was getting tired of the same restaurants, I decided to try out Sushi Stop on Sawtelle in West LA. There are tons of sushi places in this area and I’ve seen this place many times but was scared to try this cheap, I mean low priced place.

First of all, let me clue you into the fact that this one is near Mississippi, and not the one down the street. Yes, there are 2 of them within a block of each other. The other on has parking, but this one doesn’t so you have to park on the street.

It’s a relatively small restaurant and there is only sushi bar seating. All items are $2.75. Yes, you read that correctly. It’s like those 99 cent stores but for sushi. Yes, I know it doesn’t sound like a good idea.

Upon entry, the waitress will come over and ask want you want to drink and give you a form for you to use to check off the sushi, sashimi or other stuff you want. She gives it to the sushi chef that’s inside the bar and he starts to make your sushi immediately.

Not to sound too racist but I noticed that all 3 of the sushi chefs were authentic Japanese sushi chefs. This shouldn’t matter, but it makes me feel better. Yes, I know the difference so don’t try to trick me with some Mexican guy that looks Asian or Korean guy that can speak Japanese. 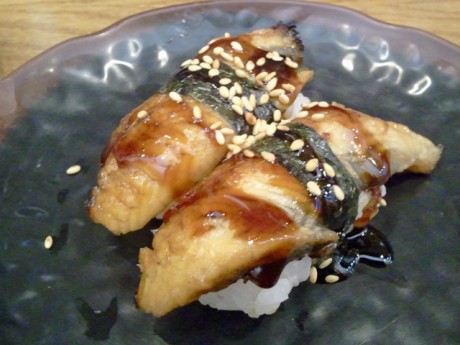 Normally, I don’t take pictures of each and every nigiri sushi that I order because it’s somewhat redundant. But in this case, I did this because for the price you are paying, I wanted to make sure you could see the quality of each and every piece. I was surprised that the Unagi was warm and prepared properly. I say this because I’ve been to low priced places where the Unagi was literally inedible. 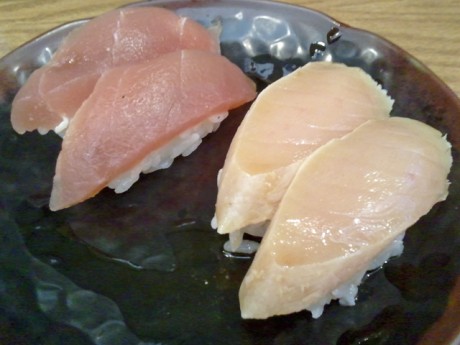 The albacore was prepared with ponzu sauce which tasted as good as any ponzu I’ve had. All the fish was fresh and the only small complaint I have is that the rice was slightly dry and perhaps not enough sushi vinegar for my taste. Keep in mind that I’m being super picky here and comparing it to the way the top shelf sushi costing 2-3 times more would be prepared. 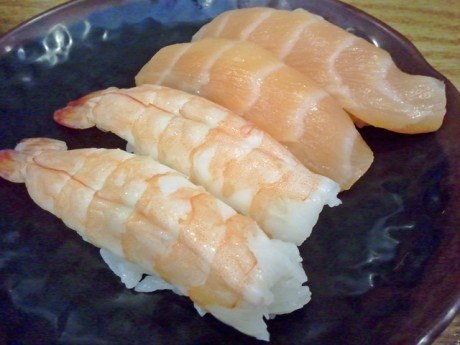 The rolls are cut and perhaps prepared quickly and not the best rolled job in the world. But nothing wrong with the ingredients. 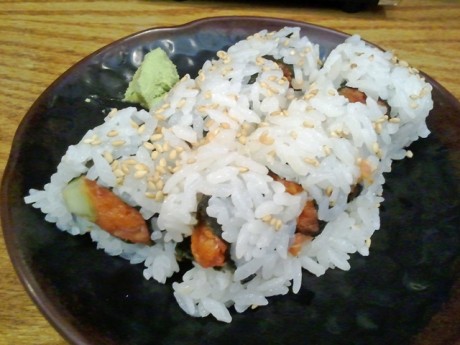 So all the sushi pictured here plus my hot green tea, which I think was free, totaled less than $20. Now that’s really hard to beat at this level of quality. Yes, I’ve had cheaper but most of it was basically inedible. Not here. I’ve paid double this amount at fancy restaurants in Vegas for about the same quality.

So between the cheap… low priced, good quality sushi and great service, I liked this place and will be returning.