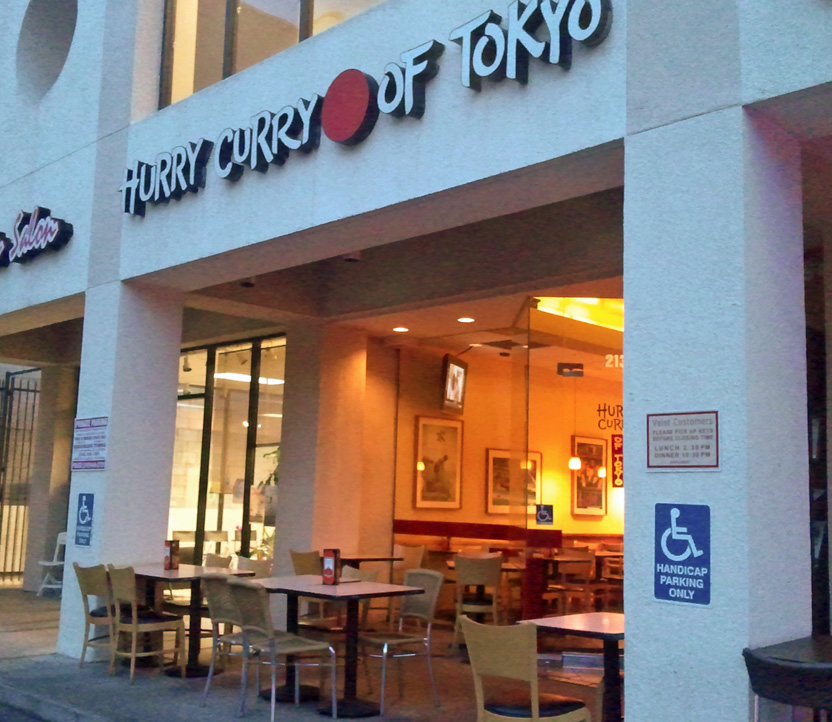 Back in the 90’s, Hurry Curry was a great place to come for lunch or dinner. Then it was sold, and the quality went down. I stopped going there many years ago.

Recently, I decided to give the place another try. In keeping with my usual favorite here, I ordered the Tokyo Curry on pasta. I should have known things were not going to go well for me when the waiter asked me if I wanted to substitute brown rice for an extra cost. I reminded him that I was having pasta. Hmmm.

My order came quickly. The included salad was good, especially the dressing. But that’s where the food stopped being good. The pasta came with the curry in a separate container as usual but I could tell right away that it was very watery. In fact, it was so watery, it looked like soup.

This was so ridiculous, I called the waiter over and gently asked him what happened to the curry. His response was strange at the minimum. He told me that the curry was the same as it has always been and that he has been working there for 10 years. I wanted to say, “If you’ve been working here for 10 years, you should know the curry shouldn’t be soup!” but I just tried to eat the watery curry.

Basically, I just ate the pasta and left the soup in the container. When I asked the waiter for the check, he asked me if everything was alright. I told the waiter again that the curry was not supposed to be soup. This time he declared that it was just a “bad batch.” That’s probably true. But no restaurant should ever be serving their customers a “bad batch.” They won’t be seeing me again there for at least another 10 years.