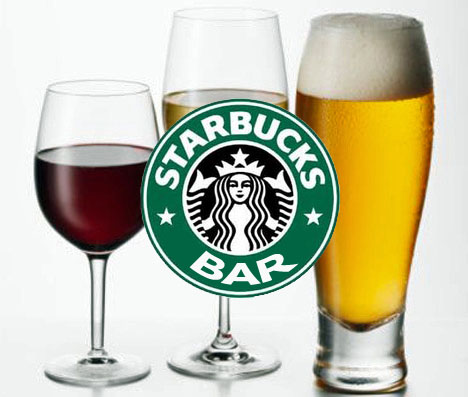 According to Reuters, Starbucks will start serving beer and wine at a few of their retail outlets in Atlanta and Southern California by the end of 2012. They have already tried it out in Seattle where apparently it has been a success.

Hopefully, there will be at least one Starbucks “Bar” in Los Angeles so I can try it out. These Starbucks company executives know how to make their customers into addicts. First, make us hyper with caffeine and sugar in the morning, then have us return after work for some alcohol to smooth out the caffeine from earlier. They got us coming and going.

If cocaine and crystal meth was legal, I’m sure that would be next.