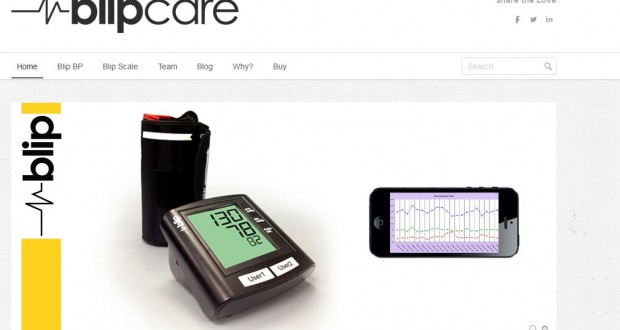 After my epic fail looking for a WiFi connected air conditioner, I was less than optimistic about finding a WiFi connected blood pressure monitor. There are at least 2 units that I found that connect via Bluetooth directly to your smartphone but not WiFi. 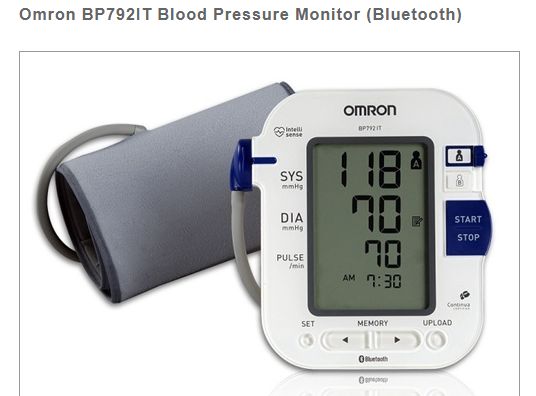 The LCD display is very large and the company says that the measurements are very accurate.

The second one I found was by A&D Medical and is called UA-767PBT-C (another very catchy name). The website does not list the cost and asks that you email their “customer satisfaction representative” to get the price and order your monitoring device. Why no price? This is so typical of medical related things because I know that their price fluctuates depending on different factors, just like everything else that’s medical.

The LCD is not as large as the Omron and looks a little clunky and I hate that they don’t have a price on their website. No thanks.

Since I got my great scale is from Withings, I looked at their blood pressure monitor but found that not only does it not have WiFi or even Bluetooth, but it only works with the iPhone. So their scale works via WiFi, but their BP monitor has to connect by wire only to the iPhone. Huh? Next.

Finally, my friend sent me a link to Blipcare (as of 12:37pm 8/15/2013 site is down), which actually has a WiFi connected BP monitoring device and they claim that it is the first and ONLY WiFi BP monitor.

Blipcare’s device is called Blip WiFi Blood Pressure Monitor (what no numbers?) and sells for $159.99.  Here are the features that I like about this BP monitor:

The reason WiFi connection is better than Bluetooth is because the data is uploaded to the free Blipcare portal which can be accessed via any Internet connected device.

Unfortunately, this device is so popular, it is on backorder and won’t ship again until August 2013 (now this month). But since there are no other options, I decided to go ahead and order anyway. They use paypal for their payment under the name Carematix.com but after ordering, I heard nothing back from them at all. I didn’t even get an email thanking me for my order.

After a few days, I started to think that this is a fake website stealing money so I decided to call their customer support number at 312-627-9300. After pressing zero to get around the phone-bot, I was greeted by a very nice live person who assured me that they would be shipping my order in August.

I sure hope this isn’t some kind of scam. I’m not getting a warm and fuzzy feeling about it but I’ll wait until September to start panicking.

Update August 26, 2013:
Amazingly, I actually got an email from Blipcare telling me that there is a delay in getting out the unit until late September. It also offers a refund if requested. Not me. I’m waiting it out.