Home > Paparazzi Thwarting Visor Could Be Used For Poker > V. Stiviano Stops By Her House With Her Attorney

V. Stiviano Stops By Her House With Her Attorney 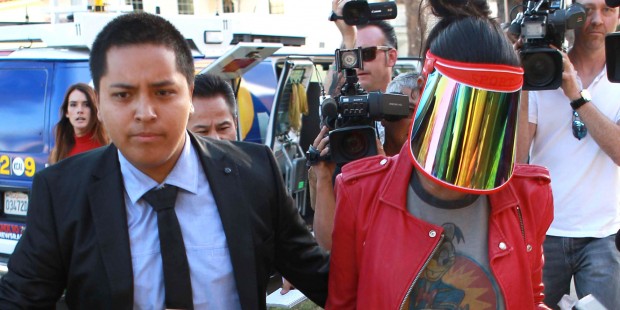 51396668 Donald Sterling’s girlfriend V. Stiviano hides her face behind a mask as she stops by her house to change clothes and drop off groceries with her attorney in Los Angeles, California on April 28, 2014. V. Stiviano created controversy this week when she taped the Los Angeles Clippers owner making a bunch of racist remarks about black people. The local media was trying to get an interview with V. Stiviano but she had no comment. She was sporting a ‘Donald Duck’ shirt when she came out of the house. FameFlynet, Inc – Beverly Hills, CA, USA – +1 (818) 307-4813

2014-10-03
cochinoman
Previous: Paparazzi Thwarting Visor Could Be Used For Poker