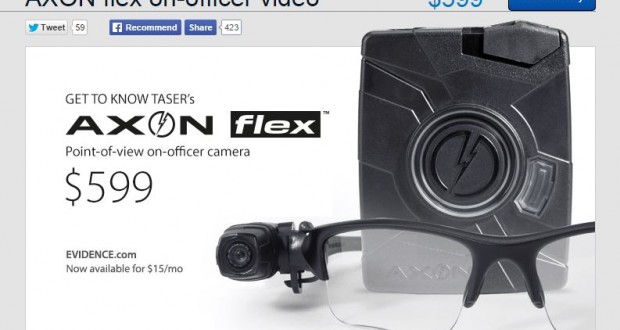 LAPD officers have been testing 2 POV on-body video vendors for the last 3 months. Finally, they have selected the Taser AXON Flex system (MSRP $599) as their vendor. The other company, Coban is currently already being used for the in-car video system.

According to Taser’s website, the AXON’s battery will last 12 hours of continuous use and the camera can be mounted on the glasses, uniform or even embedded in the recording pack itself, which can be on the chest of the officer.

See Taser’s video below to see all the features.

Taser also provides a cloud based setup for all of the video to uploaded to so that it can be archived for safe keeping and prevent tampering so that it can be used as evidence in cases. From their videos, other police departments, including Rialto, apparently already use this system.

LAPD have not actually made the purchase of the system yet, but the cost will be covered by private donations of $1 million already collected.