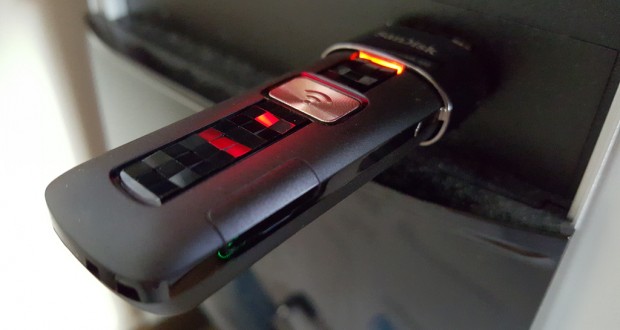 Although, the purpose for the SanDisk Wireless Flash drive is to give smartphones more storage space, I needed a way to wirelessly transfer data from my computer to a USB flash drive. After looking online, I found the best price on Amazon at $39.99 with 32Gb (currently $42 – MSRP $60 on Best Buy).

First, charge the device by plugging it into a USB port (see above) until the amber LED charging indicator turns off. Next, download the iOS or Android app to your smartphone. Press and hold the WiFi button on the SanDisk for a few seconds until both amber and blue LEDs flash. When the WiFi is on, the blue LED will periodically flash (see below). 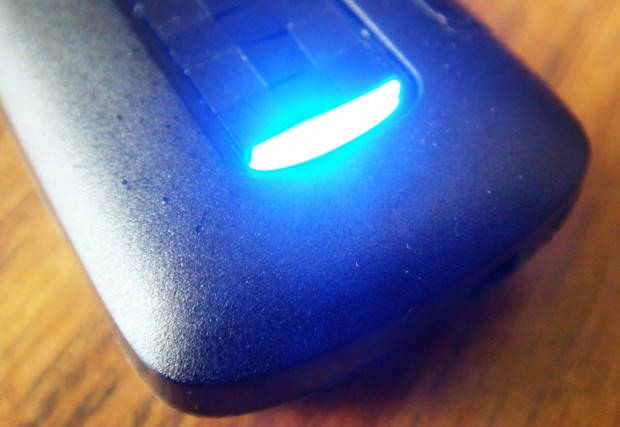 On your smartphone, connect to the SanDisk WiFi device, then launch the app on your smartphone. The first time you do this, you will see a firmware update message (see below left – Android app). You will have to plug the Sandisk back to your computer and wait for the firmware to update. Once the lights stops flashing, unplug the Sandisk and turn on the WiFi again.

Once the firmware is updated, you can start using the app. From the main menu, select the device and you can select files from the SanDisk and download them (see middle below). The transfer is much slower than the speed of the WiFi for some reason. The Android version does not allow you to upload multiples files so you have to upload one file at a time. Also, the WiFi connection kept disconnecting for some reason and I was not able to stream video without errors (see right below), and the app crashed multiple times. However, I found out later that my August Connect app was interfering with the SanDisk app. Or conversely, the SanDisk app was causing the August app to crash, depending on how you look at it.

If you want to connect to the Internet while using the SanDisk, the app does allow you to enter your router’s WiFi password to do this but I was not able to get this to work for some reason. 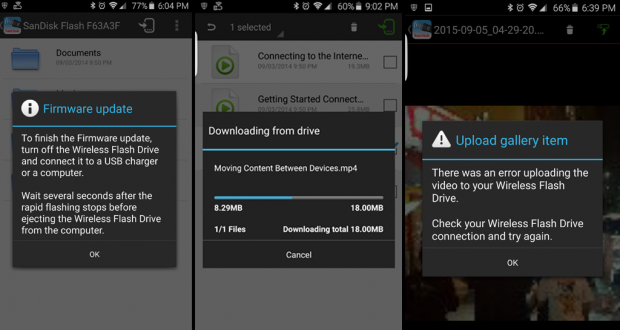 With the iOS iPad version of the app, you are able to upload multiple files (see below) but there is no way to sort or search for files. In my case, I had 2,000 files in a folder and scrolling through them to find the one I wanted was almost impossible. 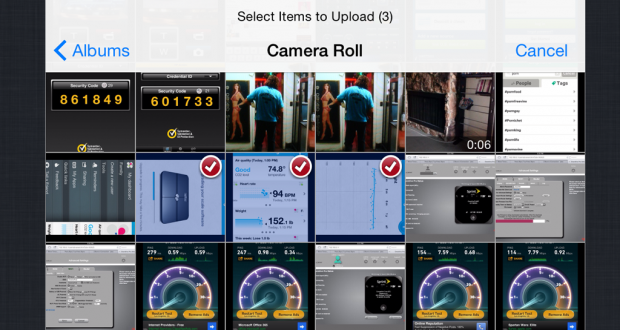 It would be better if this product used Bluetooth instead of WiFi, but after looking online, there doesn’t seem to be anybody making one. Bluetooth uses less power so the same sized battery would last longer. If anybody out there has one, please let me know so I can go get it.

If you have a WiFi only iPad and need more space on the road, this will do the job. If you are using an Android device, I cannot recommend the SanDisk because the app is simply unusable.

After my purchase, I found out that SanDisk has a newer version of this product called SanDisk Connect Wireless Stick which has a different app which may work better, but it costs more.

2015-09-18
cochinoman
Previous: BMW i8 In The Wild
Next: iTunes Not Detecting iPhone & iPad After Windows 10 Upgrade